ABS for Motorcycles: Do you need it?

One of most important developments in safety in cars on the road in past few decades has been the introduction of the anti-lock braking system (ABS). ABS in cars has lessened the number of would-be accidents over the years and has allowed drivers to regain control of their vehicles that otherwise would have been hard to recover from. Naturally, the question of whether this system would be helpful in other vehicles has extended to motorcycles.

Any experienced rider or one who has taken motorcycle safety course in the past knows that swerving and stopping are among the two most important skills a rider can master. There is no doubt that an anti-lock braking system can help in some situations, but there is a lot of debate among the community as to what this system is actually capable of and whether it is worth the added cost and weight to the bike. If you are looking into a buying a new bike and are unsure if this is a feature you need, read on for our take on the merits and impacts of ABS for motorcycles. 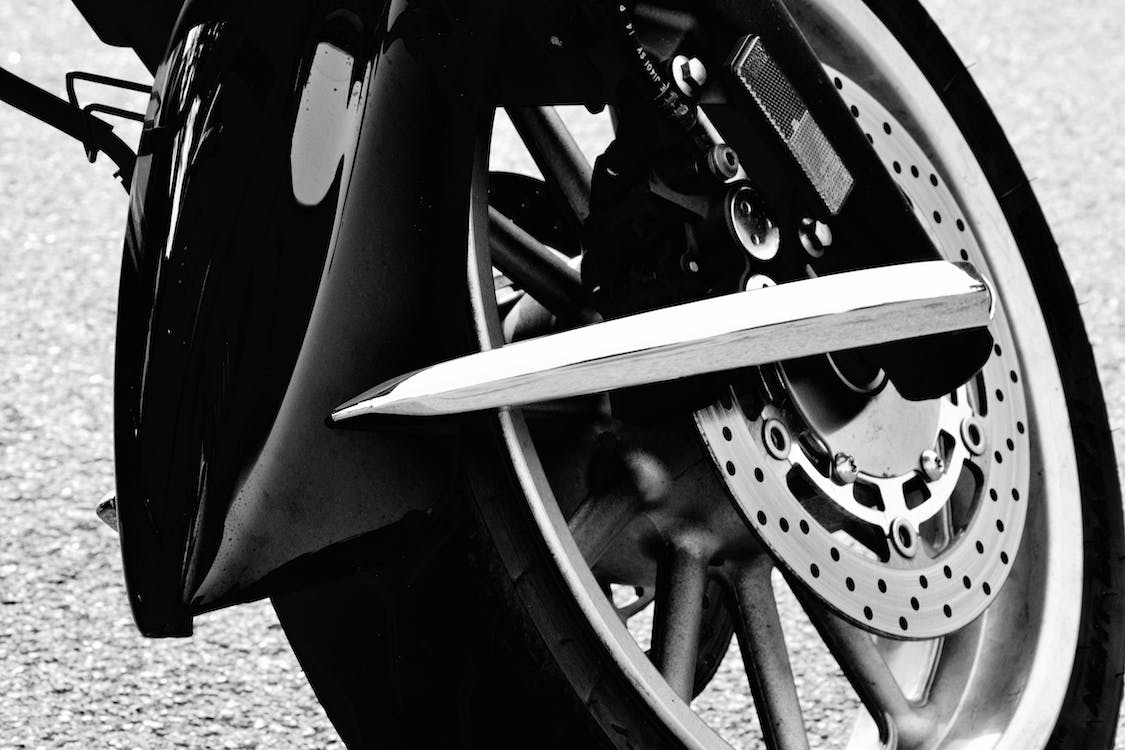 What actually do anti-lock brakes do and how do they work on a motorcycle? Anti-lock brakes prevent the brakes from locking up, which can cause the tire to skid. In a motorcycle, the anti-lock braking system uses a small metallic ring gear, called a tone ring or a tone wheel, which is attached to the hub of the motorcycle wheel. It communicates with a magnetic sensor to generate an electric signal, which is then sent to the ABS unit. The ABS unit functions like an on and off switch by measuring the frequency of the signal it receives. The signal tells the ABS unit whether the motorcycle is speeding up, slowing down, or maintaining a steady pace.

The ABS unit helps you stop more quickly and safely. When the signals are received, it counts the number of times the signal is sent by the wheel sensor. The ABS unit can tell when the wheel is about to lock because there will be a sharp decrease in frequency of the of the signal pulses. As the number of pulses approaches zero, the ABS module knows to kick into action.

When the signal frequency slows, the ABS module will slightly decrease the pressure to the brake system, particularly the calipers. This will actually release some of the braking mechanism and allow the wheels to spin more, which is then followed by reapplying the braking force. The same action is repeated every time the system detects the locking signals. The significant benefit of the anti-lock braking system alongside the brakes is that it can react much faster than an average person’s reflexes can trigger.

Myths About ABS for Motorcycle

Despite the evidence of the benefits of ABS for braking, there are still some common misconceptions floating around that can confuse people about it.

Does Every Rider Need Anti-Lock Brakes?

While anti-lock brakes are recommended for nearly every rider in some situation, there are times when the anti-lock braking mechanism is inappropriate. While ABS works spectacularly well on hard, paved surfaces, where the goal is to reduce the amount of skidding and increase control, not every biker is riding under these conditions. This system may work well for someone who mostly rides in the city or on the highway, but if someone is doing a lot of off-road riding, anti-lock braking kicking in at wrong moment can actually be detrimental.

People who ride motocross or race or ride off-road on dirt or other surfaces actually do not want any reduction in skid. Skidding is necessary during braking in off-road conditions. It is what gives the tires enough friction to properly stop the bike. In these situations, ABS can actually take control away from the rider and can be a detriment. Luckily, this issue can be solved by adding in the ability to manually turn the anti-lock braking system on or off on bikes that are intended for off-road use some or all of the time.

While you can’t always prevent a motorcycle accident, there are a lot of matters you can take into your own hands to help lessen your chance of getting into one or getting seriously injured or sustaining more damage to your bike during a crash. Anti-lock brakes are one of these things. While some riders will still choose not to ride a bike with an anti-lock brake system for various reasons, it is still highly recommended to choose an ABS to help you avoid an accident.

If you were involved in a motorcycle accident, you could be entitled to proper compensation from insurance companies or involved parties. For a no-obligation consultation about your case, contact the Law Offices of Kirshner, Groff, and Diaz. You will have the opportunity to be put in touch directly with an experienced attorney who can advise you on your case.