Personal Injury Lawsuits Are Not Frivolous

Even before the infamous McDonalds coffee lawsuit, personal injury lawsuits have had a reputation of being frivolous attempts to scam money away from other people or corporations. The public viewed them as get-rich-quick schemes immoral plaintiffs performed which victimized defendants. Unfortunately, this stigma has only led to injured parties being reluctant to seek justice. In reality, personal injury lawsuits are not frivolous because the civil lawsuit process is designed to create fairness when a person is harmed by the negligence or intentional act of another. 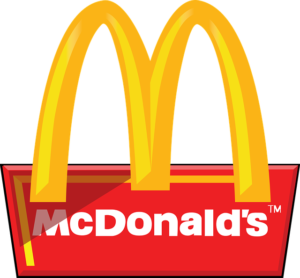 The notoriety of the McDonalds lawsuit came from a misinformed public. They thought Stella Liebeck, the plaintiff, was suing because she suffered discomfort from spilling hot coffee in her lap at the McDonalds drive-thru. In reality, the plaintiff’s injuries were much worse.

Ms. Liebeck suffered third-degree burns to both of her legs that were so severe, she required multiple skin grafts. This is because the McDonalds coffee was served at a temperature of 180 degrees Fahrenheit.  A ridiculously hot temperature.

Why the Courts Held McDonalds Liable

Even people who knew this information thought Ms. Liebeck should have been more careful with the coffee and should have expected the coffee to be  hot. However, McDonalds knew that their coffee could  and would cause injury. In fact, they had been involved in other lawsuits regarding the same problem. McDonalds didn’t seem to take these claims seriously because the injuries were not as severe, but they could have been.  Just imagine if you, or even worse your child, had liquid with a temperature of 180 degrees spilled on your skin.

Why It Became a Multi-Million-Dollar Lawsuit

Stella Leibeck was willing to settle for the $20,000 she incurred in medical expenses, but McDonalds was only willing to offer $800. A jury awarded her almost $3 million in an attempt to make the huge corporation care more for the safety of its customers.  Based on the evidence introduced at trial, the jury found McDonalds knew it was serving the  coffee at too hot a temperature, in inappropriate containers.  In addition to wanting to make Stella Leibeck whole, the  jury wanted McDonalds to care for the safety of its customers when serving coffee.

Why Personal Injury Lawsuits Are Not Frivolous 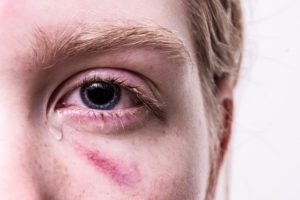 As is obvious by the true McDonalds coffee story, a plaintiff who suffers significant damages has the potential to receive a significant judgement. Had Ms. Leibeck suffered no injuries other than discomfort, it is unlikely there would have been a case. That is because personal injury lawsuits must have damages, or there is nothing for which to compensate.

If McDonald’s knew their coffee was too hot, but it spilled on the ground instead of in Ms. Leibeck’s lap, there would be no basis for a lawsuit. This applies even though they would be wrong for serving coffee at a ridiculously hot temperature. In civil lawsuits, injuries matter.

When damages are monetary, they are easily quantifiable. A jury does not have trouble figuring out how much to award in damages because there are hard numbers that show how much was lost. This could be in the form of medical bills, receipts for property damage, or lost wages. The public typically does not view monetary losses as frivolous.

While it is true that plaintiffs rely on a jury’s acceptance of non-monetary injuries, the jury carefully considers them with the same scrutiny as the public. The courts award damages based on a jury’s definition of suffering. Severe mental anguish or post-traumatic stress can debilitate an otherwise healthy person. If this occurs due to the negligence, or intentional act of another, then the  inured party deserves compensation. In the McDonalds case, there is no doubt there was permanent and severe disfigurement and lasting pain to the plaintiff’s legs.  After having ridicoulsy hot coffee spilled on her, Stella Leibeck was never the same.

A jury can also award punitive damages when someone is acting out of severe reckless negligence, or behavior which warrants punitive action. For example, driving under the  influence of alcohol is reckless and grounds for being punished by punitive damages. If the defendant was acting dangerously when they hurt another person, the courts may award punitive damages. If the defendant has repeatedly done the same action and caused multiple injuries, he or she may have to pay punitive damages. In the McDonalds case, the fact McDonalds knew their coffee could severely injure people was a factor. Additionally, other people had been injured. Its unlikely McDonalds was affected by the judgment, but hopefully it changed the companies behavior, policies and procedures, when serving hot liquids.

Other Stigmas Regarding Personal Injury Lawsuits

Aside from the idea personal injury lawsuits are frivolous, people incorrectly believe lawsuits take up time from more important matters in the legal system. This is not true. Most parties settle claims in a timely fashion. They settle many of them before they even make it to court.  In Florida, prior to trial, parties are compelled to mediate a claim, in the hopes of resolving the  matter without a trial.  There has actually been a decline in civil trials over the past decades because it is easier and more cost-effective to settle out of court. Therefore, there should be no moral quandary about taking up time from the courts. They are available to provide their services should your case not come to a fair resolution outside of the court.

Personal Injury Lawsuits Are Not Frivolous 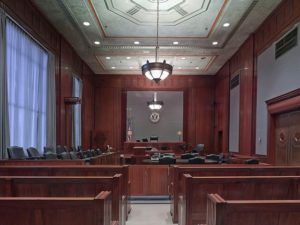 There are people who use lawsuits to get to fair resolutions more often than others. There are also many people who don’t get to a fair resolution because they fear the stigma of suing someone for compensation. This is why people need to hear the message that personal injury lawsuits are not frivolous.

It is not frivolous for the courts to right the wrong done to you, whether the defendant did it intentionally or not. There is no amount which makes a lawsuit frivolous as long as fair compensation for your loss is your goal.

Stigma of a Windfall

It is fair to say that windfall judgments are what stigmatized the personal injury lawsuit. People will use this term to describe large amounts of unexpected money.  In some cases, the courts punish wrongful parties with judgments for extreme negligence, or repeat activity that harms others. Most would argue that a large monetary punishment is a good thing in these cases.

The public may scoff at a large award. However, the people who  criticize a large judgement, would not want to go through what the plaintiff went through for the same amount of money.

The point is, personal injury lawsuits are not frivolous because a person was harmed, and those damages are real. It is not a made up notion to bleed money from the innocent. It is a way to create fairness in a world that doesn’t always allow for fairness.  Keep in mind, when someone causes you harm due to a negligent, or reckless act, you  cannot  physically injure the person in return.   You will end up in jail.  Our society  has made the  decision that courts are where people go to receive compensation for the wrongs committed by the actions of another.

If you have suffered an injury or loss and are hesitant to file a lawsuit because you fear the stigma of frivolous lawsuits that has been incorrectly applied to them, call a personal injury lawyer. A good law firm will get you in touch with a lawyer directly. You won’t have to wait to find out whether or not you can file a suit. They will also give you the encouragement and truth that you need to know that you are doing the right thing. It’s not about a ploy to get money unethically. It is about the justice system fairly compensating a person for a loss.

If you are in need of legal expertise, contact Kirshner Groff & Diaz for a no obligation consultation. You’ll be able to speak to an actual lawyer immediately, and he will give you the support needed to pursue your personal injury case.