Personal injury lawsuits deal in tort law. According to the Merriam-Webster dictionary, a tort is, “a wrongful act, other than a breach of contract, for which relief may be obtained in the form of damages or an injunction.” Tort law establishes liability for injuries, and the courts will hold people liable for acts committed intentionally or through acts of negligence. That leaves questions about tort law and intent vs. negligence. 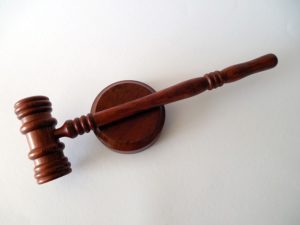 As the dictionary clearly states, harm must come from a wrongful act in order to be a tort.

In Florida, there are also comparative negligence laws. This means that even if a person was mostly at-fault, you may be responsible for some of your own damages. The courts only hold a person liable for their percentage of fault.

Ultimately, tort law gives fair compensation for preventable injuries. The liable party only has to pay for the extent of the damages that was his or her fault, and the injured party gets compensated for injuries that shouldn’t have happened, if everyone was behaving as they should have. 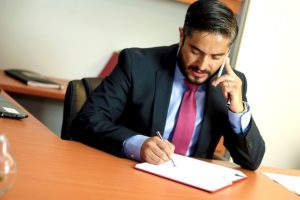 Intentional torts are exactly what they sound like. It means the person intended to cause harm. Whether or not the harm was more severe than they intended does not matter. It only means that the person did it on purpose. For example, kicking someone would be an example of an intentional tort. If that person also happens to break that person’s leg, but didn’t mean to cause that much damage, it does not matter. It was a wrongful act, and the liability will fall on the kicker.

Intentionally physically harming a person. A person commits simple battery if they have no weapon to inflict harm. In a fight, “mutual combat” may be a defense against battery. To be charged with the crime of battery, no injury has to occur. To bring a claim for battery, damages must occur in order to justify compensation.

Threat to do violence that creates fear in the injured party whether or not they suffer physical injury. If a person only says they will harm someone, this is probably not assault. They must also act like they are going to do it. A person lunging as if to hit someone is an example of assault. Actually punching turns it into assault and battery.

This means a person confined another person to a space against their will and without proper authority. Cases of false imprisonment can be controversial. For example, a shoplifter may be confined by a store manager in order for police to arrive if the court determines they had proper authority to do so at the time.

This occurs when a person acts in an outrageous manner in a way not accepted by society, and the person that receives the act is emotionally distressed as a result. Examples of emotional distress intentional torts include bad jokes and abuse of power.

Trespassing is willfully being on property without permission or refusing to leave property when asked even if permission was initially given. Compensation is given for stolen or damaged property.

Chattels are personal property, and if a person possesses someone else’s property without consent, he or she is trespassing. The person bringing the suit must have suffered some harm as a result of the tort.

This tort has to do with chattels, and a defendant commits this act when he or she trespasses someone’s chattel, and the results are so extreme, it warrants compensation in the amount of the value of the chattel. Examples of this could be selling someone else’s property or cutting down somebody’s tree.

The thing to remember about intentional torts is that they may or may not be criminal as well, but damages must occur in order for the courts to compensate injured parties. If there is no damage, then there is no civil case. In the intent vs. negligence discussion, there must always be harm, or there is nothing to make whole again. 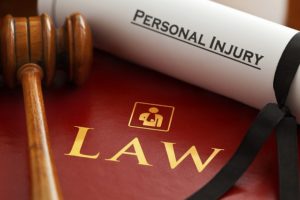 On the other side of intent vs. negligence are negligent torts, which are characterized by a failure to act. These are things that a reasonable person would have done, but the person liable for the harm failed to do.

Things that may classify of negligence are lack of maintenance or the failure to clean up a mess. For example, neglecting to maintain your trees could cause a limb to fall and harm another party. Failure to maintain your sidewalk could make someone fall. A business that fails to clean up a spill and causes a fall, will be found negligent. These are accidents, but they are preventable accidents.

Statute of Limitations in Intent vs. Negligence Civil Cases

In most cases, the State of Florida gives plaintiffs a 4-year statute of limitations to file a civil lawsuit for an intentional or negligent tort.  This is four years from the date of the event that caused the damages.

Contacting a lawyer about a starting a personal injury case can seem like a daunting task, especially if you aren’t familiar with any. At Kirshner, Groff, and Diaz, we have the experience and knowledge to get your case moving in a successful fashion. Not only do we offer quality legal services, but you can speak to an actual lawyer when you call. We pride ourselves in providing legal services that make you  comfortable with your journey through the legal system, and our over 30 years’ experience is testament to the personal injury representation you will receive.

Personal injury law is complex, and you deserve just compensation for your damages whether the other party meant to cause you harm or not. Understanding intent vs. negligence is important, but having quality counsel is an even bigger priority.