Every lawsuit has its challenges, and motorcycle lawsuits have a different set of challenges than passenger vehicle lawsuits. You may think it is about clear fault and which party was negligent, and you would be correct. However, the law is subjective. This makes it more fair because it can be interpreted to fit many different situations. It also makes it more vulnerable to stigmas and biases.

One reason that motorcycles have a stigma is mostly because people assume motorcycle riding is only for recreational purposes. The thrill of the ride presumably makes riders drive aggressively and recklessly. They speed and get impatient with other drivers on the road. Sometimes this is true, but it can be true of a driver behind any vehicle. Still, the courts must discard this stereotype in order to provide a fair trial. 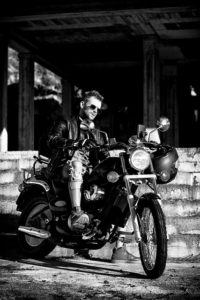 Another reason bikers may be viewed poorly is motorcycle gangs. Members of these gangs have been televised as lawless, violent derelicts living a life outside of society’s acceptance. Television has sensationalized motorcycle gangs with television shows such as Sons of Anarchy. In reality, there are some violent motorcycle gangs. Many of the “gangs” are peaceful however, and many ride for philanthropic causes instead of illicit gang warfare.

Juries and even judges may hold deep biases toward motorcyclists. They may assume that young people riding motorcycles are automatically at fault because of underdeveloped decision-making skills. They may assume that the motorcycle lost control only because it is a less stable vehicle. In reality, none of this matters. The people making judgments in motorcycle lawsuits need to keep an objective mind and prevent these preconceived notions from affecting judgement.

Another challenge to motorcycle lawsuits is witnesses, also because of preconceived notions. While a witness can be enormously helpful if another vehicle pulls out in front of the motorcycle, often they see things differently. They may say the motorcycle seemed to be going fast regardless of what actually happened. This again falls on biases. People often respond automatically that the motorcyclist must have been doing something wrong. In this case, it may confirm a bias in a judge or jury.

On the other hand, witnesses can confirm a motorcyclist’s story, and very often, they are the factor that wins over the judge and jury. The defendant in a lawsuit will claim that he or she was not at fault. However, the testimony of a witness can be damning.

Injuries are a Motorcycle Lawsuit Challenge 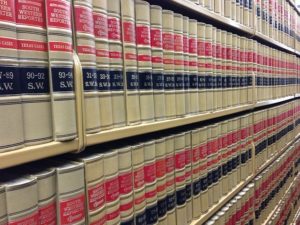 Unlike enclosed motor vehicle crashes, motorcycle crashes involving collisions with other vehicles often result in severe injury. In some cases, an injured motorcyclist may not remember the details of the crash, and therefore he or she may not know who was at fault.

Additionally, it may be difficult for the plaintiff and his or her attorney to come up with a figure for damages. Broken bones, surgeries, and future physical therapy or other treatments are only somewhat predictable. The courts will have to account for current medical bills but also those that will occur in the future.

The Motorcycle Lawsuit Challenge of Helmets

Florida law does not require helmets for individuals over 21 years of age as long as you have mandatory medical coverage. This changes things in a motorcycle lawsuit because if the motorcyclist had been wearing a helmet, he or she may not have suffered the same damages.

The results of these arguments will vary based on the judge presiding over the case.

The type of helmet worn could also be a case for an argument. Was it a half-helmet? A non-certified helmet? These things will matter if the at-fault party has an adept attorney. This is why it is important to have your own attorney who is experienced in motorcycle lawsuits.

Most motorcycle lawsuits involve negligence, which means someone had a duty to act, he or she did not, and that lack of action caused harm. If there is no harm, a negligence claim will not be successful. If the other party did not have a duty to act, and there was harm, a negligence claim will not be successful. Gross negligence occurs when there was an overwhelmingly obvious duty to act and predictable harm, and the party did not act. Extra punitive damages may be awarded in these cases.

Florida is a comparative fault state, which is good for injured parties who could be partially to blame for an accident or damages caused by the accident. This means that a plaintiff can receive damages from the lawsuit even if they are partially to blame. In some states, the plaintiff loses all damages in a judgement if they are part of the problem.

Unfortunately, comparative fault is a double-edged sword. This means that the downside of it is that your damages will be reduced if you were partially at-fault. Comparative fault is meant to provide the just distribution of damages, so it is relatively fair. However, some plaintiffs are dissatisfied when they are deemed to be part of the reason for the accident. For instance, if the driver of an automobile hit a motorcyclist, it might be frustrating to have damages reduced because of a helmet. Each judge weighs fault differently, but this is a possibility.

Damages in a Motorcycle Lawsuit

The damages in a motorcycle lawsuit are not limited to physical or monetary damages. Sure, there will be body shop bills and medical bills you can use to prove your damages. You may also account for loss of work/income. However, non-monetary damages are more difficult to compute.

Non-monetary damages include pain and suffering, emotional losses, and disfigurement. Often, non-monetary damages are higher than monetary damages because they are more severe and long-lasting. This is another reason to hire an experienced motorcycle lawsuit attorney, so they can help you determine a suitable figure to cover your losses.

Every motorcycle lawsuit is different, and the nuances between cases should only be handled by an attorney with experience in the subject. Because of the differences and challenges in motorcycle lawsuits, an experienced attorney can help a judge or jury to overcome any stigmas or biases they may hold. They also won’t hold the same biases as the person representing you.

An experienced lawyer will also be compassionate toward your losses, and they won’t dismiss your complaints as invalid or expected under the circumstances. You have been injured, and you deserve to be represented by someone who appreciates the losses you suffered and may be continuing to suffer.

A lawsuit can be tedious, and it may take a long time. That is another reason you should feel good about the lawyer you choose. You don’t want to get halfway through a lawsuit and wish you’d acted upon your initial impressions. There are plenty of lawyers to choose from, so you can afford to be a little picky.

If you’d like to speak to an experienced lawyer about your potential motorcycle lawsuit, contact the Law Offices of Kirshner, Groff, and Diaz.