When Duane Washington was riding his motorcycle July 24, 2018, he abruptly encountered a pileup involving over 45 vehicles. He tried to quickly move to the median, but it was too late. There was a vehicle in the emergency lane. It didn’t have its lights on. Washington was injured severely in the crash. 2 years later, he would depend on a Zoom trial for justice.

Injured severely is an understatement. Washington’s pelvis was torn from his spine. His right leg may never recover and is described as withering or partially paralyzed. He is incontinent and had to have a colostomy bag during his six-month hospital stay. The injuries caused him to lose sexual function. Technically, he can walk but only with the help of a special crutch. The pain of these losses is excruciating, and Washington will feel emotional and physical pain for the rest of his life.

And it wasn’t his fault.

The courts placed the overall fault for the accident on weather conditions and a speeding commercial truck from Top Auto. Washington would sue for negligence, but it would have to be a Zoom trial because of the COVID-19 pandemic.

What is a Zoom Trial? 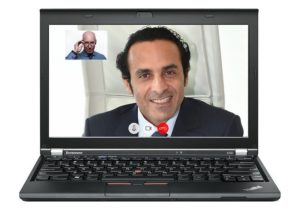 Zoom is the video conferencing app that has had a huge part in keeping the world going during pandemic shutdowns. Schools and other government agencies have chosen the app to conduct classes, meetings, and jury trials. Washington’s Zoom jury trial was the first in Florida’s Second Circuit Court’s history.

One huge effect that COVID-19 shutdowns had on the justice system was the cessation of jury trials. Especially in criminal cases, it removed constitutional rights from defendants. These losses of rights could be the loss of the right to a speedy trial, the right to face your accuser, and so on. Something had to be done to mitigate these damages, and Zoom was the one viable option that partially fit the court’s needs.

In the civil setting the concern has been more that jury members would be less able to feel empathy for a victim whom they could only see on a screen. They would be unable to clearly see emotion if the victim testified, and they wouldn’t be able to accept the weight of the injuries without in-person testimony.

If you’ve ever been in a Zoom meeting, you can understand why people don’t think it is an acceptable replacement for in-person courtrooms. 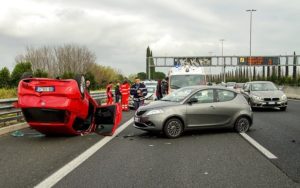 The first thing Washington’s attorneys would have to prove is that it was negligence that caused his injuries. In Florida, the vehicle that was speeding could probably be accused of negligence per se, which means he violated a law (speed limit) created to enhance public safety, and that violation was what caused the plaintiff’s injuries. Depending on the speed, the courts could have determined that it was gross negligence. This means the defendant understood the danger of the speed and was reckless in his or her decision to continue. It sounds like the other 45 vehicles involved in the accident may have been able to claim some damages as a result of this negligence as well.

Negligence may be easy to ascertain through evidence, but civil cases often involve emotion. This means bringing character into the courtroom, which is difficult through an online app. It is not clear if the driver of the Top Auto commercial vehicle had a clean record. If he did not, this would amount to even more liability for the company. Questioning the driver could amount to a clearer account of his or her motivation for speeding, but the jury would not be able to see well from their computer screens the non-verbal actions of the testimony. Whether this is integral to justice is unclear, as Zoom meetings are a new court method. 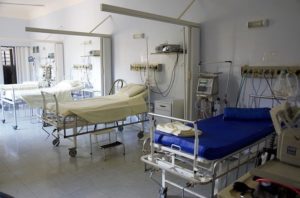 Top Auto offered a settlement, but $1 million would only just cover Washington’s medical bills. This accident was life-altering, and Washington and his family have suffered permanent losses. Fortunately, the jury could see this, which is why the verdict amounted to $411,726,608.

One thing we can learn from Washington’s case is that Zoom trials do not negate the jury’s ability to have compassion and reason in their verdicts. Whether or not that is always the case is unpredictable, but one could argue that it is unpredictable during in-person trails as well.

It is a learning experience. One trial judge recently held a virtual trial, and he noted room for improvement. This included more time for jury members to get to know one another and improved methods for the admission of exhibits. What is promising about this is judges are looking on ways to improve virtual trials rather than simply throwing them out as an option. With no end known for the pandemic, it is important to keep these options on the table.

Unfortunately, Duane Washington may never recover from his injuries. Weather conditions and the negligence of the speeding commercial driver forever altered his life. It was out of Washington’s control, and it is amazing that he survived his injuries. However, there are some things that all motorcyclists can do to reduce their risk of injury and accidents on the road. They don’t take away all of the risk. However, they may prevent some accidents that could be as injurious as Washington’s. These safety measures include:

All of these things are important in order to avoid an accident or mitigate damages if you are in an accident. They could save your life even when an accident is completely out of your control.

Nobody knows what the future looks like for shutdowns, and as winter approaches, many are simply hoping the COVID-19 pandemic does not worsen. Whether the numbers are accurate or not, shutdowns have severely impacted the courtroom, which is why it is good that Zoom is available to keep jury trials going. As time goes on, Zoom juries may become commonplace. Comfort can come from this transition when we see cases like Washington’s where the jury clearly delivered a verdict that would help the victim for years to come.

If you’d like to speak to a personal injury lawyer about a motorcycle accident in which you or a loved one were involved, contact the Law Offices of Kirshner, Groff, and Diaz for a consultation.