Florida’s Impact Rule Troubling for Those without Physical Injury

In personal injury cases, a plaintiff seeks monetary compensation for harm they experienced. Sometimes, it is easy for a jury to compute damages. Medical bills, property damage, and loss of work have actual values. It is hard for a defendant to dispute them because there is proof of the damage. It is much more difficult for the courts to compute non-monetary damages such as pain and suffering. In fact, physical damages must accompany non-physical damages in Florida personal injury cases. This makes Florida’s impact rule troubling for those without a physical injury. 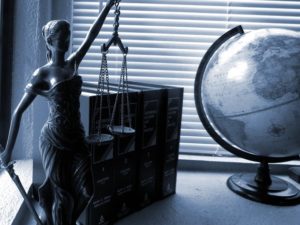 Many people have called the impact rule an ancient relic from common law, but it persists in a few states to this day. The idea behind the impact rule is that there is no legal basis for compensation of emotional distress, if there was no physical injury. According to one scholarly article, this idea was generated from a case where a woman miscarried due to fright when a train nearly hit her coach. She did not win her case because her damages were a result of fright, rather than impact. The court decided this fright was too far removed from the fault of the gatekeeper who allowed the coach to cross.

The courts don’t mean for the impact rule to impugn justice. It is actually the opposite. The civil court system means to prevent people from suing others for things that are only loosely correlated. The action of a person must cause damage in order to win a suit. Simply saying there was damage opens a lot of opportunity for false claims. Imagine if every time someone scared another person, they could sue for emotional distress.

If you have never heard of the impact rule until now, you are probably concerned. It is easy to think of many situations where a person should be allowed to sue when there are no physical damages. That is true, and that is why Florida offers many exceptions to its impact rule.

For one, the courts may award damages to a person who witnessed a loved one experiencing injury or wrongful death. If a person negligently hit and killed your spouse with a vehicle, you would be entitled to compensation for your pain and suffering. In these types of cases, the plaintiff doesn’t experience the physical damage, but the physical damage of the loved one creates emotional distress.

Florida’s impact rule also does not apply to intentional torts. These are crimes such as defamation, invasion of privacy, and intentionally causing emotional distress. The impact rule has many other exceptions, and the courts apply them whenever a case warrants it. 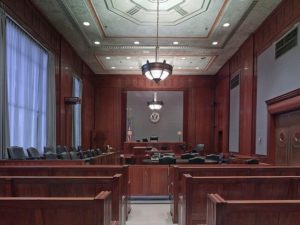 Other exceptions to the Florida impact rule include asbestos exposure, psychologist duty of care, and HIV status. In asbestos exposures, there may not be one moment where damages occurred because damages are often due to long-term exposure. The psychologist may inflict emotional distress if they do not keep their trusting relationship with the patient. Lastly, if a person neglects to reveal positive HIV status, they may be held liable for emotional distress.  As you can see, these are very specific exceptions that apply to very specific circumstances.

Failures of the Impact Rule

Some would say the impact rule needs to be abolished, as it does not serve justice. A recent Florida court case involved a couple who had miscarried a baby and a funeral home who lost the cremated remains of the fetus. The courts ruled against the couple. They did not experience any physical harm from the event, but only emotional damage. At  first glance, it seems like the court made a mistake. How could a funeral home win in a lawsuit where they lost a body? But if you look into the justification of the judgement, it makes more sense.

The funeral home hired an investigative service to try and find the remains. They did not hide the fact that they lost the remains, but did everything within their power to correct the situation. They made a mistake. It was a huge mistake, and it was their fault, but there was no malice. In fact, they were very transparent and tried to make it right. The plaintiffs suffered emotional distress because of the loss. However, it wasn’t as if the funeral home had caused the miscarriage. They simply made a business error. It was a sad and terrible business error, but it was not “egregious enough” to make them pay in a lawsuit.

What Would Have Been “Egregious Enough?”

If the funeral home would have acted inappropriately when they discovered they had lost the remains, things would have been different. In fact, courts have made exceptions to the impact rule in that very same circumstance. If they had been careless with the remains, or had a history of losing remains, the courts may have made an exception. Instead, they were very respectful in their handling of the mistake.

Don’t Know if You Have a Legitimate Claim? 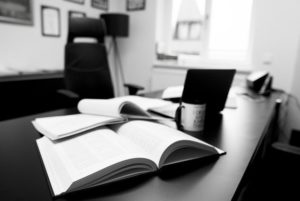 It can be difficult to know if you have a legitimate claim if you think you only had emotional injuries, but it is worth talking to a lawyer to figure it out. According to the Legal Information Institute out of Cornell Law School, personal injury is, “An injury not to property, but to the body, mind, or emotions.” However, injury to the mind and emotions is not covered in Florida without physical contact. This physical contact must cause the harm under the impact rule. In other words, the damages must represent the impact of a physical event.

As one can imagine, the impact rule is very controversial. This is because of cases such as the lost remains of the cremated fetus where you feel for the plaintiff. However, the law does not provide compensation. This highlights the purpose of the impact rule, which is that not every bad thing warrants somebody else paying for it. However, some people have difficulty understanding how the court didn’t find the funeral home negligent and liable in this case.

Get an Experienced Lawyer to Fight Against the Impact Rule

If you have suffered severe emotional trauma due to the actions of another, it is important that you get an experienced lawyer. A lawyer with experience will be able to find case law to support your situation. He will also be able to envision the egregiousness of the act. This will help the courts realize  you have just cause for your lawsuit and deserve to be compensated  for  your loss.

And remember, if a person intentionally caused you emotional distress, or pain and suffering, the impact rule does not apply to you. The courts are willing to hear cases where there was only emotional damage, if the act was committed on purpose. They aren’t trying to prevent compensation when it is deserved. If someone intentionally harmed you, even if it was emotional damage only, you may be compensated for your losses.

If you have questions about a personal injury case and wonder if Florida’s impact rule affects you call Kirshner, Groff, and Diaz today for a free consultation, and speak directly to a lawyer right away.