Defamation Lawsuits: How Dare You Say That!

People tell lies everyday, and it is an annoying but accepted part of life. According to an article in Scientific American, it is an important part of our cognitive development. But lying can have harmful consequences, especially when a person lies about another person. It can tarnish the person’s reputation, damage relationships, and cause subsequent emotional and physical health problems. There is very little recourse for the damages that lying causes. That is why there are defamation lawsuits.

Defamation is a false statement someone makes about another person that causes harm to that person. In Florida Statutes, lawmakers combine defamation with “libel, threatening letters, and similar circumstances.”

In Chapter 770 of Florida State Statutes, it outlines the civil actions people can take as a result of libel or slander. First, the victim must notify the publication of the defamatory statements. He or she must notify no more than 5 days before filing a suit.This gives the publication a chance to run corrections and correct their wrongdoing. If the publication retracts and publicly apologizes for the statement within the allowable timeline, the plaintiff will be limited in the damages to court awards. Florida law also limits the person to suing only one entity for defamation, and he or she can only sue for that defamatory statement one time.

Negligence vs. Malice in Defamation

A person may defame another without actual intent to harm. This happens when people spread rumors or gossip about others. However, gossip that harms the reputation of celebrities and public individuals is not going to result in a successful suit for that public figure. In order for the courts to side with the public figure, they must see that the defendant acted maliciously. However, for individuals who are not considered public, negligent defamation counts.

Per quod vs. Per se 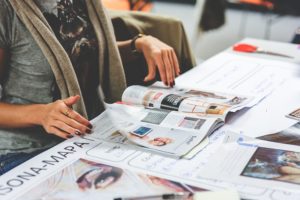 The challenge for plaintiffs in civil suits regarding defamation is proving damages. Florida automatically assumes there are damages in “per se” defamation but requires extensive proof in “per quod” defamation.

Per se defamation actions are specifically outlined in Florida law. A synonym for per se would be “intrinsically.” In other words, the courts accept intrinsic damages in some forms of defamation. These specific types of defamation are:

Proving Damages in Per Quod Defamation

Proving damages in defamation cases can be difficult because it is not always clear that the damages were caused as a result of a defendant’s actions. Loss of revenue coupled with comments from a defamatory review could be considered proof. This proof can also have projected, long-term outcomes. In a per se case, the courts may award punitive damages. In a per quod case, you may have to prove malicious intent to get the same damages. 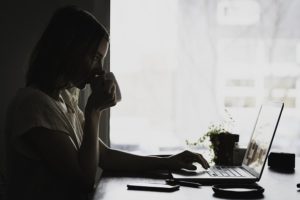 Newspapers and other publications have some protection under Florida law because they have the ability to retract and correct defamatory statements. Online publications also have this protection, and this includes bloggers. This prevents publications from having to pay large sums for negligent statements.
However, social media and the internet have opened the gates of defamation to the world. The internet is filled with rumors, false accusations, and outright lies that harm other people. It can be difficult to stop once the rumor mill has started. Online defamation has definitely caused an increase in defamation lawsuits because it is easy to publish incorrect statements out of negligence or malic.

Requirements for a Defamation Lawsuit

The requirements for defamation are simple, but they are also subjective, which is why defamation lawsuits can be complicated.

Like many Florida lawsuits, the statute of limitations for defamation cases is 2 years from the date of publication. This means the lawsuit must be filed within this time period, or the courts will not accept it.

Deciding to File a Defamation Lawsuit

There are many lies published every day on different forms of media. If those lies hurt your reputation or your income, you may want to file a defamation lawsuit. However, there are some important considerations.

Preparing for your defamation lawsuit is a sure way to having a successful lawsuit. Gather any evidence you have of the defamation right away. If it is online, make sure you have screenshots, as the plaintiff may try to remove it. Lastly, seek representation from a law firm with experience and a lawyer who you feel you can trust.

When you call Kirshner, Groff, and Diaz, you’ll be able to speak with an actual lawyer right away and receive a free, no-obligation about your case. We have the experience you need to get your case going, so you can recover from your damages and get back to normal life.