Crazy Lawsuits You Probably Don’t Know the Truth About

Over the past decades there’s been a constant fluctuating fight for tort reform in order to put an end to frivolous lawsuits. However, most rumored cases are misunderstood. From McDonald’s coffee to injuries sustained while committing crimes, here a few examples of crazy lawsuits you probably don’t know the truth about.

Crazy Lawsuits You Probably Don’t Know the Truth About 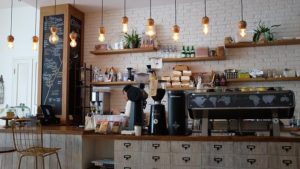 We hope that you don’t think the woman who sued for spilling her coffee had a frivolous lawsuit. This story has been debunked time and time again. The woman did spill coffee on herself, and that is on her. However, the coffee caused third-degree burns on the woman’s lap. She needed skin grafts and years of medical treatment. McDonald’s knew the coffee was too hot and had burned other customers, but the settlements were not worth the expense of change. Many people thought the almost 3 million dollar verdict was excessive. The judge did not allow it. For all of her damages, the woman was only awarded $640,000 and settled for less.

A man attending a large concert sued the city because there was a woman using the bathroom he entered. He claimed he had emotional distress over the event. The woman was using the male’s restroom because of long lines. The man was SO distressed that he asked for 5.4 million dollars. This is where the courts shined. Not only did they throw out the case, but they ordered the man’s lawyer to pay a fine. Side note: the guy also tried to sue the concessions for the beer that made him have to pee. The judge ordered the man to pay the concessions $2,000 as a result of the frivolous lawsuit. 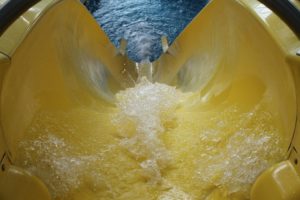 In the summer of 2019, two women sued a water park for injuries sustained after they broke into it. The women went down one of the slides while it was dry, and they broke their legs when they ran into a gate at the bottom. The premise behind their lawsuit was that it was too easy to break into the park. They claimed that they would have been instructed about proper use of the slide had the park only allowed them to enter during business hours. Once the public caught wind of this suit, it went viral. #Don’tSueSummer started trending, and the women dropped the suit a few days after filing it.  We are certain, had the women not dropped the suit, they too would have been ordered to pay  attorney  fees and costs to the water park.  At the very least, their claim would have been dismissed on a motion for summary  judgment.

Two men sued McDonald’s for $5 million because they had to pay the same amount for a quarter pounder without cheese as they had to pay for one with. They argued that since McDonald’s charges extra to add cheese to cheeseless items, they should not have to pay for the lack of cheese on their burger. The judge threw out the case on the basis that there was no harm done. The added pennies the plaintiffs had to pay did not qualify as harm.

A man in California tried to start a class action lawsuit against Starbucks because of the ice in his cup. He claimed that iced beverages contained less drink than advertised because of the space taken up by the cubes. The judge threw out the case stating that even children understand ice takes up space. Starbucks noted that you can request light ice or no ice at all.

Crazy Lawsuits Are Handled Appropriately by the Courts

The news likes to highlight the stories of crazy lawsuits, but they neglect to point out when they are handled appropriately because that is not nearly as interesting. This is why so many people think people are receiving windfalls from the courts over ridiculous lawsuits that have no validity. In the case of the McDonald’s coffee, much of the public believes it was a frivolous lawsuit and has no knowledge of the injuries the woman, Stella Liebeck, endured. In fact, frivolous lawsuits have since gained the name “Stella Awards.” This really only highlights the misperception of the public in regard to the need for tort reform.

This is not to say that there is no need for tort reform, but that need is questionable in many cases. The courts impose punitive judgements typically on large corporations because they will not change without significant financial damage. In any case, it should be refreshing to know that the courts throw out truly ridiculous cases.

What You Need for Your Personal Injury Case

As you can see from the examples of crazy lawsuits above, you truly need to have an injury, and it must be as the result of the act or negligence of another. In the McDonald’s coffee lawsuit, the woman suffered great injury. Furthermore, McDonald’s knew about the elevated temperature of the coffee and its likelihood to cause harm to the  public. They chose to do nothing about it. They were negligent, but the court did not award her anything that could be called a windfall as Ms. Stella’s injuries were truly horrific.

Conversely, the two men that sued McDonald’s for their no-cheese burgers claimed to have suffered harm. The courts did not agree. In this example, it could be said that your harm must be more significant than twenty cents or so. To award damages would be like awarding people damages for a stubbed toe. The damages must be significant enough to be called an injury, but they don’t need to be severe.

The injuries you receive must also be the fault of another, or at least partially the fault of another. The court could have ruled that the water park was partially at fault in the case where the women broke their legs. Maybe they should have had the park more secure. Florida does have comparative fault laws where a plaintiff can sue for the portion of damages that matches the portion of fault. For example, if a person sued for $1,000, but the courts found the defendant only half at fault, they would award the plaintiff $500. The courts did not decide this in the water park case likely because the women were breaking the law when injured.

Lastly, common sense rules in court cases with ridiculous charges. Life happens, and to a large extent, people have to deal with it and handle their own problems. If bathrooms are overcrowded, you may have to deal with women in the rest room. Ice takes up space, and if you don’t want it, request no-ice. The courts simply throw out these cases because there is no negligence or wrongdoing. It is just the way life is.

Lawsuits are Not Frivolous When There Is Injury

Tort reform and the court’s erroneous reputation for frivolous lawsuits makes some people discount all lawsuits as too litigious. It is a false example of society’s ruination. This could not be further from the truth. When a person suffers injury from the wrongdoing or negligence of another, they deserve to be made whole again. The courts can only do this by awarding damages. It is the closest thing anyone can get to justice.

If you have been injured and would like to speak to a personal injury lawyer, call Kirshner, Groff, and Diaz. Speak to an actual lawyer, and get a no obligation consultation about your potential lawsuit.