6 of Motorcycle’s Most Dangerous

Riding a motorcycle is dangerous only in that if you do get into a wreck you don’t have the protection offered by a passenger vehicle. Otherwise, it’s not that much more dangerous than driving a vehicle. However, there are some “dangers” that are more of a thrill for riders, and it is this danger that brings them to the motorcycle. Here are 6 of motorcycle’s most dangerous factoids.

Most Dangerous Country to Ride 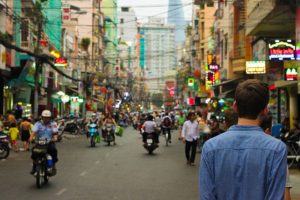 It is difficult to find clear comparisons on danger when it comes to motorcycles. There are many reports. However, a lot of news stories point to Thailand as the most dangerous country to ride. A 2017 story from The Straits Times reported that the country was averaging 15 deaths a day.

Why so many deaths? Apparently, there aren’t a lot of rules about riding safely in the country. In fact, an entire family may cram onto one bike without helmets. They’ll then ride through crowded streets and…hope for the best. Also, many parents allow their children to ride bikes prior to lawful age.

Thailand may be dangerous, but there are other dangerous roads around the world worth mentioning. Bolivia’s “death road” has high cliffs and treacherous terrain that have killed hundreds. There’s also China’s Guoliang Tunnel that offers the chance to ride inside of a mountain but is also very difficult to get through any oncoming traffic.

It seems like each country has its “most dangerous” road for motorcycle travel. This causes some riders to stay away, but others are drawn toward these roads for the same reasons.

Most Dangerous State to Ride

You can gauge danger by many things, but most people gauge dangerous roads based on death tolls. The National Highway Traffic Safety Administrations (NHTSA) named Mississippi the most dangerous in 2017. That is because they averaged almost 16 deaths per 10,000 registered motorcycles.

Other top-tier states as far as danger ranking were Texas, South Carolina, Hawaii, North Carolina, and Florida. California and Florida tend to be top-ranking as far as overall deaths. However, you have to consider the population differences compared to other states.

States which are labelled as most-dangerous tend to begin proactive campaigns to reduce danger. In Florida, they have the Share the Road campaign intended to increase awareness of all drivers including motorcyclists and bicyclists.

Most Dangerous Road to Ride 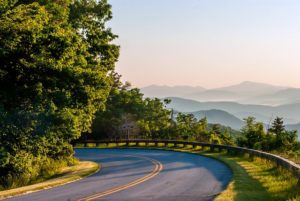 Tail of the Dragon is often labelled the most dangerous ride in America, and it is because of the turns. These turns are also what make it such a fun and thrilling ride. Located mostly in North Carolina, the trip includes 11 miles filled with 318 curves. Most people looking for a thrilling ride know about Tail of the Dragon.

Reviewers of this ride admit that it is dangerous…but not necessarily because of the turns. It is more about avoiding all the other motorcycles and vehicles who are also trying to experience the trip. They also recommend riding it at least twice, once from each direction. It is like two completely different trips.

The scenery is beautiful, but you might want to opt for the off-season to enjoy this trip. It will be a little safer. Every motorcyclist should put this ride on their bucket list.

Most Risky Time to Ride

The U.S. Department of Transportation investigated the most dangerous time to ride a motorcycle. They concluded that it was on weekdays from 3 p.m. to 6 p.m. During weekends, the evening was more dangerous from 6 to 9 p.m.

The weekday danger is due to rush hour traffic. People are anxious to get home and don’t have the patience required to drive safely. Weekend danger is similar. People are coming home from weekend activities. A higher percentage of accidents involve individuals who are alcohol-impaired.

If you want to keep your riding experience as safe as possible, avoid rush hour. If you must ride during high traffic volume times, be alert and make yourself visible.

Most Dangerous Type of Motorcycle 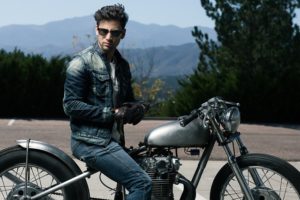 There aren’t a lot of statistics about what type of motorcycle is the most dangerous because it depends on the skill level of the rider and his or her attitude. The stereotypes of touring bikes belonging to members of biker games is true for some. This may include the decision for less-safe helmets and drinking and driving. However, this type of bike also includes motocampers and safe riders who want comfort on the road. Additionally, belonging to a motorcycle gang or living a “Harley lifestyle” does not mean a person drives under the influence or that they will choose less-safe safety gear. These are stereotypes that really only apply to a few riders.

Retro or hipster bikes are rarely thought of as dangerous, but these bikes may be in need of repair. Many of the repairs are DIY projects and may be faulty. This creates some risk for this type of bike.

Lastly, supersport bikes are dangerous because they have a lot of power. They are also very attractive options for risk takers who want to feel high-speed rides and the rush of a deep lean into a curve. If ridden safely, these bikes pose no more of a threat than others.

New motorcyclists should opt for a bike that doesn’t have too much power, so they are forced to ride within their skill level. Otherwise, any motorcycle can be dangerous depending on its rider.

Tire neglect can present itself in pressure checks. If you aren’t regularly checking your tire pressure, your tires may wear unevenly, and you may not get the optimal amount of traction.

Storing your bike for long time periods can also cause problems for your tires. If you expect them to be on the ground for long, your bike should be lifted on stands to prevent the tires from flattening and warping under the weight of the bike.

Lastly, once tires need to be replaced, they become increasingly dangerous. A blowout on a motorcycle can be deadly, but most of these accidents can be completely avoided.

People don’t always think of tires as a safety feature, but poorly-maintained tires are a huge hazard for motorcyclists. Good tires are the difference between controlled riding and an out-of-control wreck.

Most Dangerous Sex of Motorcyclist

Men accounted for 91% of deaths in 2018 according to the Insurance Institute for Highway Safety (IIHS) and Highway Loss Data Institute (HLDI). Does this mean men are the most dangerous riders? Probably, but these numbers don’t take into account how many men drive motorcycles compared to women. It also doesn’t account for the frequency with which men ride versus women. Anecdotally, it seems like men ride more frequently than women. This is difficult to measure based of registered riders vs. riders actually on the road. Saying that men are more dangerous riders than women is potentially accurate on a generalized scale, but it is almost irrelevant. It still depends on the individual.

Safety First When Riding for a Thrill

The truth is, many people ride for the thrill of a dangerous experience. This is only a thrill because it can be done safely. Knowing about the most dangerous aspects of riding can help you to prevent dangerous situations and enjoy the ride.

If you have been injured in a motorcycle accident and would like to seek compensation for losses, contact the Law Offices of Kirshner, Groff, and Diaz. You’ll speak to an experienced attorney right away about your case.