In most cases, the worst thing that can happen in a motorcycle accident is that somebody dies. When it is the fault of another person, grieving family members may be able to file a wrongful death lawsuit. A wrongful death suit does not make up for the loss of life. It is the best solution the courts have to try to aid in the continued lives of those who survive.

What is a Wrongful Death Lawsuit? 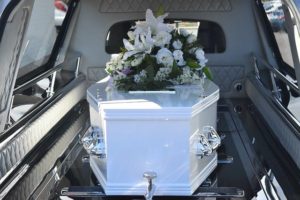 Some people may think that the definition of a wrongful death is obvious, but it is important to understand the specific verbiage in Florida law regarding liability. Florida State Statute 768.19 clearly states that:

“When the death of a person is caused by the wrongful act, negligence, default, or breach of contract or warranty of any person, including those occurring on navigable waters, and the event would have entitled the person injured to maintain an action and recover damages if death had not ensued, the person or watercraft that would have been liable in damages if death had not ensued shall be liable for damages as specified in this act notwithstanding the death of the person injured, although death was caused under circumstances constituting a felony.”

Basically, this means that a person who is at-fault for the death even if it is due to negligence, default or breach of contract, is also liable for it. The lawsuit is a result of this liability.

A wrongful act is actually an obvious action that is done in a way that is malicious or on purpose. This does not mean that the person meant for the deceased to perish. It means a reasonable person would have known not to do such a thing. The acts of negligence, default, and breach of contract are lesser known reasons for a wrongful death lawsuit.

The act of negligence does not mean that the at-fault person maliciously did anything. It basically requires three elements:

This is often not as cut-and-dried as it sounds. Some of the classic examples of negligence cases are slip-and-fall cases where a store owner/manager didn’t clean up a spill. As a result, someone slipped on the spill and fell. The store had a duty to keep the floor safe, and someone failed to do that. The harmed party was injured because of that failure to act. Even a slip-and-fall case can be marred by the obvious nature of a spill or if the injured party should have been able to see the hazard.

Negligence in a wrongful death suit after a motorcycle accident may exist in a failure to yield to the motorcycle, distracted driving, or many other mistakes that people make while on the road. The courts could also place liability on those responsible for road maintenance. There are countless situations that can cause a wrongful death, but they have to meet at least the above listed requirements to meet the definition of negligence.

Typically, default means that the court errs on the side of the plaintiff if the defendant does not respond to a summons. If a person is sued, they cannot ignore the fact that the courts are requesting their presence. Ignoring the summons means the party defaults if the courts decide it to be so.

There are many ways to breach a contract. In a wrongful death lawsuit after a motorcycle accident, it is typically going to be due to the failure of equipment. This falls under the topic of product liability. An example of this is a 2017 Texas lawsuit where the plaintiff sued Harley-Davidson for an engine cooling system malfunction that caused oil to leak beneath the rear tire. This oil leak caused the plaintiff to crash, and he sued. There was an implied warranty that the vehicle would work as indicated, and the company breached that warranty/contract.

Who Can File a Wrongful Death Lawsuit? 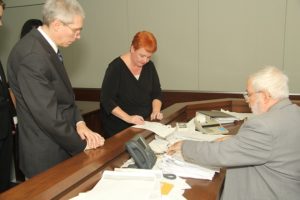 The question of a wrongful death lawsuit after a motorcycle accident has to do with who can file. It must be a person or people who suffered emotional or financial loss as a result of the wrongful death. Typically, this includes the spouse, parents, or offspring of the deceased. A personal representing the deceased’s estate may also file a lawsuit. Of course, families are complicated, and there are additional specifications for other dependents such as siblings and adopted children.

Finally, many people are concerned about how to calculate damages in a wrongful death lawsuit. This is because a person’s worth to his or her family can be very different from calculated damages. It is difficult to simplify a life into dollars and cents. However, Florida does have a Wrongful Death Act that attempts to aid in the process. Basically, the courts have the responsibility to limit awarded damages to that which is reasonable or not excessive.

The Wrongful Death Act does specify some damages that people may be entitled to such as loss of income that would have been given to the dependent. This may also include pension benefits. There are damages that can be awarded for mental anguish and loss of a loved one. The courts may also award damages for medical costs and funeral expenses.

Importance of Finding a Compassionate Lawyer 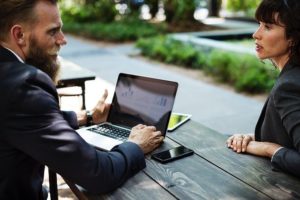 Any lawsuit can be tiresome and stressful, but wrongful death lawsuits tend to elevate all emotions due to the loss of a loved one. That is why it is important to find a compassionate lawyer who will ease the burden of the legal process.

Every act of the legal process will bring different challenges. The retrieval and reviewal of evidence must be handled delicately so as not to increase grief and emotional damage. There are court dates that never seem soon enough, and there is the sometimes callous defense of those who don’t feel they are at-fault. No lawsuit needs an apathetic attorney added to the mix.

Finding an appropriate attorney is most likely to happen when you look for experience. A lawyer who has handled multiple wrongful death cases is more likely to know what to say to reassure you throughout the process. He or she will not cross unnecessary boundaries but rather show appropriate concern for your financial fitness following your loss. This can be essential when there are spouses or dependents that are relying on the lawsuit for their continued way of life.

If you have suffered a loss due to the wrongful death of a loved one, it is important to consider the stress of a lawsuit. This can prepare you for the future and prevent further losses due to surprising stressors. Your lawsuit may be quick and easy, but prepare for it to be the opposite in case there are barriers to an easy judgement.

Interview your potential choice for counsel, and make sure you feel good about your decision. Most people get a gut feeling about a potential lawyer. It is okay to act based on your first impression. You are already suffering a tragedy, and an experienced lawyer is a requirement for the least stressful wrongful death lawsuit as possible.

If you’d like to speak to an experienced lawyer regarding a potential wrongful death lawsuit after a motorcycle accident, contact the Law Offices of Kirshner, Groff, and Diaz for a consultation.