What is the Difference Between a Civil and Criminal Case?

The legal system has many goals. It aims to prevent and deter crime. The legal system also attempts to fairly punish people for their actions. Finally, it tries to compensate people for their injuries. In this multifaceted goal, there are many working parts that attempt to create justice and a functional society. In order to understand these parts, you must understand the difference between a civil and criminal case.

What is a criminal case? 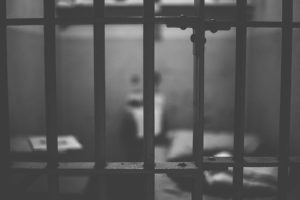 A criminal case involves a defendant who broke the law. The law may be a federal law or a state law, and a state or federal court will see the case. A jury typically determines guilt. The courts sentence the defendant to incarceration, fines, community service, or other punishments.

The goal of the criminal justice system is to serve as a deterrent and ultimately a punisher. The court punishes the offender, and this is supposed to make them not do it again. It is also supposed to warn others about what could happen if they commit a similar offense.

While the criminal justice system is good-intentioned, it has many flaws. One of these flaws is a high rate of recidivism. In other words, it doesn’t work well as a deterrent. The justice system re-incarcerates many people once they first enter it. A second flaw is discrimination, as the system disproportionately finds minorities guilty and serves them harsh sentences.

As if ineffectiveness and discrimination wasn’t enough, the criminal justice system has filled prisons and jails. This costs taxpayers additional money trying to create more space for prisoners. As many of these prisoners are non-violent offenders, some argue that incarceration is unnecessary.

The public is accustomed to the criminal justice system, which is why it persists. If a person commits a crime, they have to pay. At least, that is what typically happens. The subject of criminal justice reform is complex.

What is a civil case? 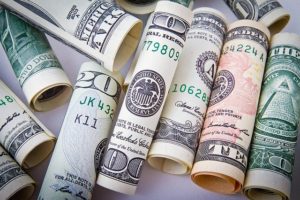 A civil case is very different from a criminal case in that the defendant has not necessarily committed a crime. Instead, the plaintiff has to file a complaint in civil court that asks the court to remedy a situation. This may mean the court orders the defendant to pay money in restitution, or it may mean that the court prohibits a person from continuing a harmful action. There are punitive measures in civil cases, but these punishments do not include incarceration. Instead, there may be punitive damages included in the restitution for egregious acts that were above and beyond standard negligence.

Civil cases have sparked controversy because of so-called frivolous lawsuits, but the courts will not accept a lawsuit unless it is worthy of consideration. Most rumors of frivolous lawsuits are either fictional, or the stories are skewed. For example, McDonald’s lost a 1994 lawsuit because a drive-thru patron spilled coffee on herself. The rumor mill had the plaintiff walking away with millions for a simple accident. In actuality, the plaintiff sustained major injuries requiring surgery. Her final judgement did not amount to 1 million dollars. Lastly McDonald’s knew that the coffee was served at a dangerous temperature that could cause injury.

Some courts award very large judgments in civil cases, but this is for a punitive effect. Large companies become untouchable and unchangeable unless they are faced with the threat of significant financial loss.

This means that many crimes go unpunished because they cannot be proven beyond a reasonable doubt. Because some crimes come with hefty sentences, the courts prioritize a person’s liberty over the likelihood that they committed a crime. The Innocence Project helped to exonerate 9 innocent people in 2018 who were falsely accused and convicted of crimes. That same project estimates that the courts wrongly convict 1% of prisoners. This is why beyond a reasonable doubt is essential even though it is imperfect.

A preponderance of the evidence is a much lower standard for proving wrongdoing. It only requires a greater than 50% chance that the person committed the act. This is all that the courts require in a civil case because the judgement is not a sentence. Although financial penalties can be dire, most people consider them minor when compared to the loss of freedom that comes with incarceration.

When the Criminal Justice System Fails 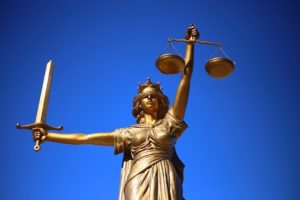 A person can be tried in criminal and civil court for the same action. This occurs when an illegal action caused damages that can only be claimed in civil court. At times, a criminal case will result in restitution. This means the guilty part pays the victim restitution. However, sometimes the court cannot find the defendant guilty beyond a reasonable doubt. This is where civil cases provide a second chance at achieving justice.

The courts infamously found O.J. Simpson was not guilty of murdering his wife and her friend, Ron Goldman, in 1994. However, Ron Goldman’s family later sued in civil court, and the civil court found O.J. liable. They awarded his family millions. This doesn’t mean that O.J. was “guilty,” but the jury found him responsible nonetheless.

Inexplicably, the criminal justice system has failed to be an effective deterrent to criminal activity. Some scholars believe this to be because criminals don’t believe they will get caught. Because they don’t believe it, the threat of criminal charges isn’t real to them.  Civil cases have the potential to be a large deterrent because the burden of proof is lower, so the risk is higher. Money talks, and sometimes the biggest threat that a person or business entity faces is financial loss. This keeps many businesses operating within safety guidelines in order to prevent being sued.

Civil and criminal cases aim to cover each other by offering different forms of justice. On the criminal side, the convicted defendant suffers some form of punishment for his crime. On the civil side, the courts compensate the victim for his or her loss. They really are the yin and yang of the legal world. They are completely different from one another, but in this way, they complement each other.

Unfortunately, there are times when criminals walk free because there was not enough evidence to convict. This is also a fortunate circumstance because it limits the amount of people who end up in jail on false charges. In either case, the victims of these crimes or other acts of harmful negligence have another way to seek justice through a civil case.

If you have been injured by a criminal or non-criminal act, and you feel you should be able to seek compensation for your injuries, contact a lawyer. An experienced personal injury lawyer will be able to point you in the right direction and tell you whether or not you should file a civil case even if the person is already facing a criminal case. If you would like to speak to a personal injury lawyer regarding your potential case, contact Kirshner, Groff, and Diaz for a no-obligation consultation. You’ll speak to an actual lawyer right away.