When dogs are not man’s best friend, an encounter can become very dangerous, very quickly.  Dogs can be lovable fur babies, but they can turn into ferocious predators capable of inflicting immense amounts of physical and emotional harm. This is why dogs make it into the realm of civil cases, and in Florida, dog owners face strict liability if their dog bites another person. 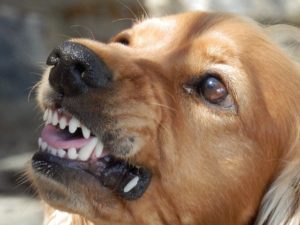 Worse-case scenario from a dog attack is death, and there were 36 fatalities in the U.S. in 2018. Pit bulls, which only make up less than 10 percent of the U.S. dog population, were responsible for over 70% of those deaths. They killed 26 people in one year in the U.S. alone. Still, any dog bite/attack can result in death. There was even a Chihuahua on the 2018 list. From 2005 to 2018, dogs killed 471 people in the U.S. Pit bulls were most deadly again (311 people). Rottweilers came in second with 47.

This does not mean these are bad breads or that people shouldn’t have them. We’ll leave those opinions to dog owners and legislation. They are simply statistics, and it is good to remain informed. Florida led the nation in deadly dog attacks (along with North Carolina). Four people died in Florida, all young girls below the age of six (3 infants).

According to DogsBite.org, there are about 4.5 million dog bites in the U.S. each year. Each day, about 1,000 people require emergency care for dog bites. One in five cases are exacerbated by infection.

One notorious example of the damage dog bites can cause is the French woman who received the world’s first face transplant after being badly mauled by her own Labrador. She eventually died from complications in 2016. However, most dog bites leave less life-threatening injuries, but permanent scars. Many people know someone who has a visible scar due to a dog bite.

The damage from a dog bit is not limited to physical injuries and death. Dog bites can also cause mental anguish. This could be the distress of having to put down an animal. It could also be in the form of post-traumatic stress and an irrational fear of all dogs afterward. Fears like this can be very debilitating. Victims may be burdened with nightmares and elevated stress. 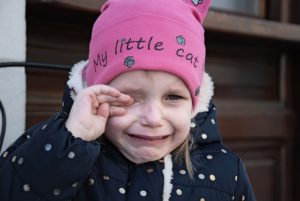 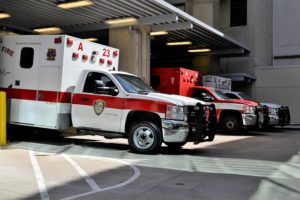 Monetary loss due to a dog bite is easily predictable. The primary loss is typically medical bills. Stitches, antibiotics, x-rays, and surgeries are commonly needed. Hospital stays in dog bite cases were 50% more expensive on average than other injury-related stays according to statistics from AHRQ on Dogsbite.org.

Other monetary compensation may be loss of work for medical treatment, property damage if the dog bite coincided with clothing tears, or other property loss. If the attack resulted in a fall, this could do property damage to drywall, fencing, automobiles, or any structures with which the dog and/or victim collided.

One of the reasons a person cannot be compensated in a manner that makes them completely whole is non-monetary damages. These include emotional distress and pain and suffering. The victim of a dog bite may suffer serious shock, fear, and stress during and after the attack, and many of these effects are long-term. One of the most common things you see in a dog bite that lasts long-term is permanent disfigurement. This can be anything from scarring to the loss of tissue. If it is the permanent loss of a body part, such as an eye or ear, the non-monetary compensation will be greater.

The courts feel justified in punishing people who are grossly negligent or intentionally put people in harm’s way via their canine. The punishment is meant to be a way for the court to prevent the defendant from performing his or her actions (or lack of action) again. This is completely separate from compensation for injuries and loss, but it still goes to the plaintiff.

The State of Florida has something called strict liability in dog bite cases. This means  dog owners are liable, even if they did everything right. Of course, things aren’t usually that simple, but it is the closest thing to justice that can be achieved because someone has to take responsibility for the animal. If the plaintiff was also in the wrong, liability and damages may reflect the comparative fault. For instance, if a person was illegally on the property, the defendant may not be liable in some cases. It is wrong to assume  courts will automatically find in the plaintiff’s favor in a dog bite case, but strict liability often makes this happen.

In the rare-but-possible case that a person is killed in a dog attack, the family or estate of that person may file a wrongful death suit. This can ensure family members are able to pay for funeral services and also  compensate for non-monetary losses, such as pain and suffering due to the loss of the deceased person.

What To Do If You Have Been Bitten

If you are attacked by a dog, try to identify the owner of the dog and which dog it was if the owner has multiple dogs.

Then, get medical attention. Make sure a healthcare professional looks at your wound. Even small bites can become infected, and your doctor will increase the chances that your healing is optimized.

Next, notify authorities (county animal control or local police), so they can file a report and identify the dog. This is especially important to determine if the dog is becoming a danger to society as opposed to this being a single incident.

After this, document your injuries. Even if you aren’t considering a lawsuit, your damages could worsen and make you change your mind. A picture is worth a thousand words, and you want to be able to accurately depict how bad your injuries were immediately following the incident.

Finally, contact a personal injury lawyer. If you are looking for a law firm with experience, contact Kirshner, Groff, and Diaz. You’ll can speak with an actual lawyer about your potential case at no cost, so you can be compensated for your dog bite injury.