As a result of the shutdowns around the nation in March 2020, many people had to switch from in-person education to online education platforms. Many students are now suing their universities for unjust enrichment. That means they paid for something that they didn’t receive, at least in the quality promised. They suffered, but the university did not. What these students are finding out is that the universities have a huge protection in something called sovereign immunity.

What is Sovereign Immunity?

Sovereign immunity is a legal doctrine that prevents people from suing government entities in their own courts. This means they basically can do no wrong in most situations. At least, they will not suffer a lawsuit as a result of it. Sovereign immunity stems from the U.S. Constitution’s 11th Amendment. Basically, this amendment says that the United States cannot be sued in a United States court. This extends to states and government entities.

There are two types of immunity. Absolute immunity means that it does not matter how morally reprehensible or against the law the act was, the state cannot be held liable for its actions.

The second type of immunity is qualified immunity. This means a person or entity is only protected if certain conditions are met. This is famously applied to police officers who get immunity after harming people because of certain conditions such as self-defense or resisting arrest.

How Does Sovereign Immunity Apply to Universities?

Can You Sue a Private University?

Private universities do not have sovereign immunity. Students are filing a few lawsuits against these learning institutions as well. The universities argue that they are still delivering education. Students say they didn’t pay for online classes.

Applies to University Employees As Well 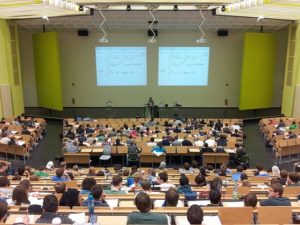 In most cases, employees of the university also have immunity as long as they were working within the scope of their duties. A poor decision that causes harm to students or visitors may not warrant a lawsuit so long as the employee was trying to make the right decision and followed safety protocols set by the university. As you can see, there are a lot of exceptions to this immunity. It is a huge barrier to overcome in trying to achieve a successful lawsuit.

The University of Florida Online vs In-Person Tuition

The University of Florida has many reasons why they think they should not have to return any of the tuition collected for the portion of education that teachers provided online. One is that they never had a contract to specifically provide “in-person” education. They claim the switch to online courses delivered the same results and limited any delays in their students’ education. Students claim they didn’t get what they paid for.

Finally, there isn’t really a contract for the quality of education you receive. Schools have reputations. Some professors are better than others. There is no guarantee in education. Much like some students will be more receptive to some learning opportunities, some teachers will be better at delivering education. This argument could include that sometimes desperate times call for desperate measures. The school did the best it could.

It is not 100% certain that schools will return to normal enrollment in the fall. This is true whether they have pledged to do so or not because the pandemic is an unknown entity. If the universities must continue online education, a lawsuit in the students’ favor could force the university to lower tuition rates in the fall. The consequences of this lawsuit are far reaching.

However, you could also argue that because of the immediacy of the closures, the students received subpar education. It was not what students anticipated paying for. The students will be aware of potential online classes in the fall.

Lastly, everyone suffers during an event like a pandemic, but universities who kept full tuition did not suffer while students did. This isn’t justice, and that is the purpose of the courts. However, sovereign immunity will probably prevent justice in this case. 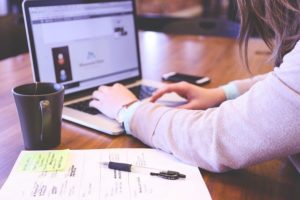 While the current pandemic and transition to online education is highlighting the existence of sovereign immunity, it has been a concern in other cases concerning non-monetary damages. The courts may apply sovereign immunity in lawsuits over teacher or coach negligence. They’ve used sovereign immunity to prevent a lawsuit against a university that had a physician on staff who was sexually abusing students.

Are Students Likely to Get Anything Back?

Universities have already refunded room and board fees and similar things that they definitely did not provide during shutdown. This does not satisfy those who believe the education they received was not the one they paid for, but the university has very little contractual obligation.

What Can You Do If You Want to Sue Your University?

Sovereign immunity is a huge hurdle in lawsuits against universities, but there are a few types of cases that sometimes result in a win. Those cases are discrimination lawsuits and contract issues where a student has finished everything required for a degree, but the school does not provide the degree. These lawsuits are occasionally successful because the state allows the universities to be sued. That is the primary method for successful lawsuits against public universities: permission from the state. The state permits the lawsuit because of other state laws that are meant to be practiced by universities.

If you want to sue your university for damages you suffered, the first thing you’ll need to do is collect evidence of your harm. Speak to an attorney who can help define whether or not your case has any chance of results. If it is a public university, sovereign immunity may not make it worth the effort. If the court dismisses your case, all of your hard effort and stress will amount to nothing.

If you are interested in a no-obligation consultation regarding a personal injury case, contact Kirshner, Groff, and Diaz. You’ll speak to an actual lawyer right away.