A recent Florida example included a man who was involved in an auto accident and fled the scene. Florida law requires that all parties in an accident remain at the scene to exchange information unless they have sustained injuries that prevent that from happening. The man who fled the scene posted a comment about the accident on social media. He then hid the vehicle, and he probably went to sleep wishing that would be the end of it. However, the social media post allowed the public to know that he was the one involved in the hit-and-run collision.

When the personal injury case ensued, the plaintiff sought access to the defendant’s social media accounts in order to prove he had posted about an accident. They also sought credit card records to prove the man had been at the bar prior to the accident.

Despite the protest of the defendant and his counsel, the courts ordered that the social media be turned over. The defendant said that this went against the 5th amendment. The courts disagreed, as the social media post did not indicate a specific accident. Likewise, the credit card records did not prove intoxication.

In Florida personal injury cases, the court allows all relevant evidence to be presented, unless it is otherwise illegal to force it to be discovered. This is even true when your account is set to private. Sharing only with friends and family makes posts reasonably public, and the courts do not view the information posted as private. Likewise, the posts from friends and family members can impact a personal injury case.

Personal injury cases are civil cases where the court delivers judgement based on a preponderance of evidence. That means it is more likely than not that something happened instead of beyond a reasonable doubt. In a hit-and-run case, a post about an accident combined with a bar tab could lead to a likely scenario. The courts could believe that it was likely that the defendant was responsible. They would then rule against him.

A Picture is Worth a Thousand Words 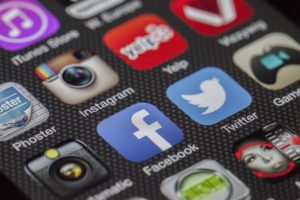 If you think about the power of a photo, it has had the incredible power to prove wrongdoings in many situations. Recent examples include photos from social media, but also old-school print photography that is dated by digital media. Some famous examples include politicians wearing blackface costumes that have surfaced decades after the event occurred. These photos were likely difficult to find, but it is much easier with digital photography.

The problem with social media is that it never goes away. Your wild youth can be dug up long after you’ve settled down and started a career or family. More importantly, your wild weekend can be found relatively easily and quickly if it is shared on social media.

The reality of photos, and in many cases  posts, is that they are timestamped snapshots of our lives. Some of us post so complacently and frequently that we don’t consider the negative effects that it could have should we get caught up in a personal injury case as a plaintiff or a defendant.

A Few Tips for Posting on Social Media Before, During, and After a Lawsuit

When you read about how social media has been used for and against people in personal injury lawsuits, it has a deterring effect. This is good because it is not smart to share every bit of your life online. However, social media does have its place. This is why, if you insist on posting, we’ve created some tips for posting on social media before, during, and after a lawsuit.

Lay Low If in Doubt, and Have Your Friends Do the Same

It is not very easy to understand why anyone would post about certain incidents. The false belief of privacy is probably to blame, but anything you post IS NOT private. Moreover, friends and family who think it is funny to post your folly can really get you into a predicament. Politely request they don’t share your shenanigans online. If you need to talk to someone for support, use your telephone.

The courts generally frown upon posting information about lawsuits on social media. If you are in a lawsuit, both sides will be looking at the other party’s social media accounts. You aren’t likely to be posting savory information when venting online. Put simply, discussing your case online does not help.

Limit All Posting During a Case 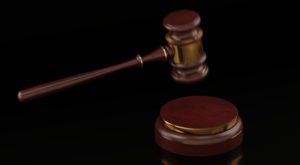 All posting should be limited during a case. This is especially true if you are asking for compensation for injuries.  You never know what may offend someone.  An innocent comment may be taken out of context, causing a member of the jury to view you in a negative light. It is better to keep activity offline while in the course of a lawsuit. This isn’t to be fraudulent, or claim injury when it did not occur. Maybe you went hiking and suffered the entire time because of your injuries. It probably doesn’t look like that when you smiled for the photo. Social media can be read incorrectly.

Don’t even post about medical ailments. How a jury will see your postings will vary. They could simply not like that you told people about it. They may see it as attention-seeking. You want the jury to sympathize with your injuries, and that could be limited by a misconstrued post.

Talk to Your Lawyer About All Social Media Concerns

One of the best things you can do about your social media concerns is to talk to your lawyer. He or she can help you to filter your social media use, so you don’t negatively impact your case. Innocent posts can have devastating consequences, and only an experienced personal lawyer will recognize the potential for impact.

At the Law Offices of Kirshner, Groff, and Diaz, we have the experience and the knowledge to help you in your personal injury case. We can also advise you in your use of social media. One phone call to our office will get you in touch with an actual lawyer, and you can get a no obligation consultation about the details of your personal injury case.