When coaches or other persons associated with sports teams sexually abuse a player, the courts criminally prosecute him or her in a court of law. They may award the victims restitution as part of the judgement. If not, the victim may be able to sue the perpetrator in civil court for sexual assaults. When that does not deliver justice, the victim may also see compensation from organizations responsible for organizing the sport. 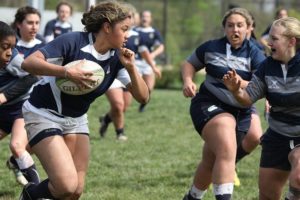 Sexual abuse victims often keep their assaults or batteries a secret from the outside world, especially if they’re minors. Whether it is fear, embarrassment, or even repression, the acts may be covered up for decades. This does not mean the victim gets over it. Instead, they suffer severe mental health defects such as post-traumatic stress, agoraphobia, or anxiety. They may have difficulties with interpersonal relationships and suffer physical health issues manifested from the effects of these issues. A two-year statute of limitations does not deliver justice to these victims.

Florida is not the only state that recognizes the injustice of statutes of limitation in sexual assault cases. Assembly Bill (AB) 218 was signed by California’s governor in October 2019.

The law used to give victims of sexual assault 8 years from the date of injury to file a lawsuit. The new bill gives 22 years after the age of adulthood, or 5 years after discovering the psychological damages that the victim suffered because of it.

This bill also gives courts the ability to award treble damages. These are damages that are 3 times the amount of normal compensations for this type of incident.

Examples of Sexual Assaults in Sports

It seems that sexual assaults in sports have had a long history, and the news is riddled with current examples. These examples occur because of the power coaches and other officials have over athletes. They also occur because of the stress to achieve athletic greatness. This is combined with the shadow of victimization and potential otracization of a victim confessing, as it taints the entire image of the team or sport. 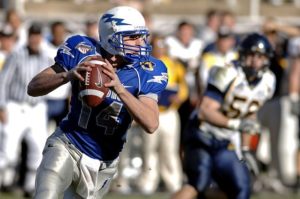 One of the most notorious cases of sexual assaults among athletes happened at Penn State at the hands of Jerry Sandusky. He was the assistant coach for the university under Head Coach Joe Paterno.

In 2011, Sandusky was charged with 52 crimes of sexual abuse of minors from 1994 to 2009 through his organization, The Second Mile. The company provided activities for at-risk youth. Sandusky was seen possibly having intercourse with one of the boys in 2002 while at Penn State University. He was reported to higher university officials, but the report never went to the police. Sandusky was not banned from the university until 2011.

Penn State University had to pay more than $100 million to people abused by Sandusky. These were all in settlements in lieu of civil lawsuits.

A California swim coach was sentenced to 40 years for sexual assaults that took place during the 80s, and six women are filing a lawsuit against USA Swimming now that AB 218 has allowed them to do so in California. The women claim that USA Swimming created a culture that allowed for the abuse to continue among multiple swimmers. The women claim irreparable damages. This case is still pending, as the women filed suit in 2020. 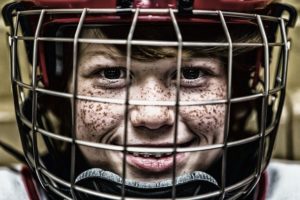 Adults who played for the Canadian Hockey League as teenagers have recently filed a suit for damages accrued as a result of hazing that included sexual assault. The plaintiffs claim they were hazed, which included forced nudity and beatings, and the coaches were aware of what was happening. The fact that these allegations take place so far after the fact shows the delay that often accompanies sexual assault.

Larry Nassar is a name that has haunted the sport of gymnastics when it was discovered that he had sexually abused 140 victims. In this case, Michigan State University held some of the liability. They had to pay a $500 million settlement.

There are other laws that play an obvious role in sexual assault and abuse cases. One is Title IX of the Education Amendments Act. This civil rights law prohibits sexual discrimination. It is the basis for many decisions regarding university sports and the conduct of those involved in sports. This includes sexual harassment, assault, and rape.

This year, a number of female college students have attempted to sue the NCAA, the organization responsible for protecting college athletes. They are supposed to uphold Title IX regulations. It is unclear what the outcomes of the suit will be.

Many laws come into play when sexual assault is involved in sexual assault cases. The Protecting Young Victims from sexual Abuse and Safe Report Authorization Act of 2017 is one of them. It requires that witnesses report witnessed acts of sexual abuse. It also sets a damages amount of $150,000 with punitive damages optional depending on the courts. This law highlights the injustices victims would suffer were there not laws to put monetary values on their losses.

Do You Have a Sexual Abuse Case Related to Sports?

Sports-related sexual abuse cases have been likened to pandemics in that it seems to be a place where it happens frequently. This does not mean that all or even most sporting participants engage in these criminal acts, but the setting sometimes allows a few bad seeds to see a host of victims.

To further this tragedy, the victims of sexual abuse are often reluctant to speak out. Abusers have victimized them, and they may feel hurt, vulnerable, or any number of inexplicable emotions. That is why it is important to know that the law is on their side, at least as far as the timeline goes (statute of limitations).

Hire a Lawyer You Trust

If you have a sexual abuse case you’re interested in pursuing as a lawsuit, it is important to understand that you need a lawyer you trust. As you already know, it is a stressful situation no matter how long it has been since it happened. A lawyer whom you trust will be able to ease your process through the court case. He or she will also be able to advise you about whether or not a settlement is a good option should one be offered. You don’t want to question your lawyers advice because of an unsettling opinion. Make sure you feel like your attorney has your best interest at heart.

If you’d like to speak to a personal injury lawyer about a potential lawsuit, contact Kirshner, Groff, and Diaz. You’ll speak to an actual lawyer right away for a no-obligation consultation.