Is Your Florida Dash Cam Legal?

If you recently purchased a dash cam, you’re probably experiencing relief. Someone else can essentially witness what you saw during the event of an accident. Congratulations! Dash cams have contributed to justice since the 1980s when law enforcement began using them. Since then, technology has advanced drastically. There are many features to dash cams that make shopping for them a complicated experience. Ultimately, you want a dash cam that will record and store as much accurate information as possible. You want it to do this while still remaining within the confines of Florida law. Most basic dash cams are completely legal, but there are wiretapping laws and privacy laws that can get in the way.

What is a Dash Cam? 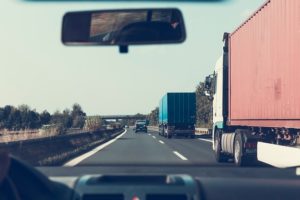 A dash cam is traditionally a camera that is mounted on the dashboard of a vehicle which records events that happen around the vehicle and stores it to be used as evidence. There are many options available for more documentation including different views and storage capacities. Dash cam ownership is on the rise in the U.S., as people seek ways to prove fault in automobile accidents. They’ve also contributed to the YouTube library of videos of people in cars doing crazy things.

As more people become interested in dash cams for their personal or professional vehicles, the market has responded by offering more options. Two common options are front facing and dual facing dash cams.

Originally, dash cams were front facing only because the thought was people would want to prove what other people were doing. It soon became clear that what the driver of the vehicle with the dash cam is doing is just as important. Thus, dual facing dash cams were created.

Viewing the inside of the vehicle can be done via a ball camera that has a wide-angled view. It can also be a simpler camera which  shows only what the driver is doing. This is highly relevant in order to prove that a driver was not sleeping or distracted during an accident. The decision to get a dual facing dash cam is smart, but it does come with the discomforting effect of always being recorded while you are driving.

There are many other options available now with dash cams. In fact, there are too many to list, but we’ll try. 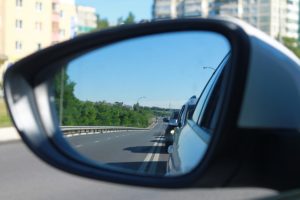 One law is in regard to where the dash cam sits in reference to the driver’s line of sight. Florida statute 316.2004 indicates it is illegal to have an object or person obstructing the view ahead or to the sides of the vehicle. The punishment for an obstructed view is a non-moving violation. If you don’t think that’s a big deal, think about what it would do to a case involving fault during an accident. You probably don’t want the judge or jury thinking your vision was obstructed.

Florida has a statute (934.03) that prohibits people from collecting audio or electronic communication without first getting permission. A less likely law applicable to recording is statute 810.145, which states that people cannot video record others where they have a reasonable expectation that they have privacy.

This makes it essentially illegal to have an audio recording device for your dash cam. It also makes it recommended that you inform other drivers and passengers of the vehicle that they may be video recorded.

In the case of commercial vehicles like those used for Uber or other public transportation options, it is arguable that there is not an expectation of privacy. If you let your friend borrow your car, it could be argued that there is a reasonable expectation. You may not be breaking the law, but it could be left up to the interpretation of the law in court. You can ensure you are violating any laws by using a reasonable consideration of others. Tell people when they’re being recorded. 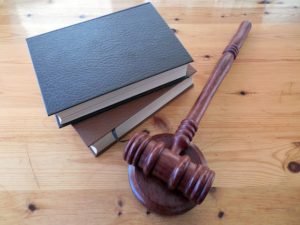 Dash cam footage is admissible in civil suits in order to prove fault in a personal injury or property damage case. This can be critical when the other party was clearly at-fault, but denies any fault in an accident.

If you look on YouTube or social media, you can see examples of dash cam video that shows amazing actions of road rage, poor driving, and negligence that would not be understood by a jury if they could not see it with their own eyes. There are also cases where bicyclists or pedestrians were clearly at fault, but it is your word against theirs unless you have video.

One thing to remember when using dash cam evidence is that it also reflects your own driving. If you were driving recklessly, or made a poor decision that resulted in an accident, your claim or suit may not go as expected. Always remember that the defendant in a personal injury case also gets to see the evidence, and they’ll point out any wrongdoing that the other party could have done.

Just because you shared some responsibility for the accident does not mean that you will lose your case. Your damages awarded may lessen. Florida is a comparative negligence state, which means you can only be awarded the portion of the damages that were the other party’s fault.

Comparative negligence is divided in a very logical manner. If you were 20 percent at-fault, and your damages are found to be $100,000, you would only be awarded $80,000. This is reflective of the amount of damages you should have to incur on your own because it was, in part, your fault.

This form of justice is very fair because it does not place all of the damages on one person when it was the fault of more than one person. Everyone ends up paying their fair share for the role they played in the accident.

Do You Have to Use Your Dash Cam Footage in Court?

You do not absolutely have to use your dash cam footage. The police may be able to seize your equipment under “exigent circumstances.” These are circumstances where a police officer believes that the evidence could be destructed if left in your possession. They also have to believe there is critical evidence on the dash cam. The seizure of your equipment requires a subpoena or search warrant to view the footage.

No, you don’t have to use your dash cam footage. However, you could be forced to via proper police seizure and viewing procedures.

If you have been in an auto accident and suffered damages that you believe were not your fault, you should speak to an experienced lawyer as soon as possible. A lawyer will understand the laws regarding using dash cams. He or she will also know whether or not it is advisable to use dash cam footage.

At Kirshner, Groff, and Diaz, you can speak directly to a lawyer about your case with zero obligation. This allows you to witness their expertise and professionalism prior to committing to any retainer or payment. We are here to help you get the best results possible from your personal injury case.