These accidents result in major hardships including death, injury, and property damage. In many cases, drunk drivers harm innocent people, who were merely minding their own business. Drunk drivers destroy lives, leaving people injured and without a means of transportation.

All drunk driving cases involve the courts, and there are typically two elements. One element is the criminal element about who broke what laws when the accident occurred. The second element is compensation for the damages, which the civil courts handles. In order to understand drunk driving accidents, one must become more familiar with Florida’s drunk driving laws and procedures. 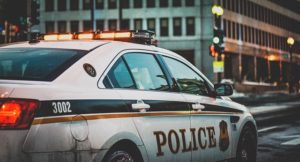 The alcohol content of your blood (BAC), is the percentage of alcohol found in the quantity of blood drawn. In Florida, the legal BAC for driving is below 0.08%. There is zero tolerance for any BAC above zero if a person is below the legal drinking age of 21. If you are over 21, a person may argue that their BAC did not impair their driving ability. A BAC over 0.08% is the only proof an officer needs to prove impairment.

When you get your driver’s license, you agree to have your BAC tested by breath or blood depending on what the situation warrants. If you refuse, there are penalties.

“Any person who accepts the privilege extended by the laws of this state of operating a motor vehicle within this state is, by so operating such vehicle, deemed to have given his or her consent              to submit to an approved chemical test or physical test including, but not limited to, an infrared light test of his or her breath for the purpose of determining the alcoholic content of his or her          blood or breath if the person is lawfully arrested for any offense allegedly committed while the person was driving or was in actual physical control of a motor vehicle while under the influence         of alcoholic beverages.”

Being in physical control of a vehicle does not mean you were necessarily driving. Being in the front seat with the keys in your hand is enough to constitute “control.” Law enforcement may arrest you for Driving Under the Influence (DUI) in Florida without actually stepping on the gas pedal.

If police have never arrested you for DUI, the courts will use your refusal against you at trial. They typically see it as proof that you were in fact under the influence of intoxicants. If police have arrested you before for a similar offense, refusing a second time can be a misdemeanor crime. The courts will suspend your license in either case, and in some circumstances, medical professionals can forcefully take your blood. This typically happens when there are deaths or major injuries involved in the crash. 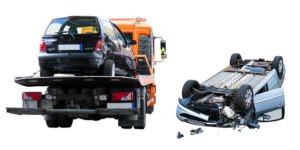 If your BAC made it illegal for a driver to be operating a vehicle, that there are multiple punitive measures that may be taken in criminal court including fines, jail time, loss of license, and requirement like DUI School or an Interlock device.

Courts will probably keep jail time to not be more than nine months for a first offense, but they can increase it to five years for a fourth DUI alone without other charges. The courts may also impound the vehicle driven by the drunk driver. If the drunk driver kills a person, the courts may elevate the charges to vehicular manslaughter or homicide.

If there is no accident, and it is a first-time offense, a person convicted of DUI will have to complete DUI school. They may also have to have an ignition interlock device for a designated time period to ensure he or she is driving sober during that time.

Liability in a Drunk Driving Accident 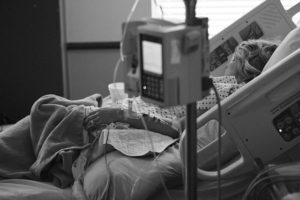 If you have been in an accident because of a drunk driver, you can and should be awarded damages for your losses. This could be property damage, medical bills, loss of income, and pain and suffering. Additionally, you may be entitled to punitive damages. Contact Kirshner, Groff & Diaz to find out how you can be made whole again. The courts may order compensation for your injuries and any subsequent pain you may suffer in the future.

The courts may hold servers of alcohol at some fault for accidents if they served an intoxicated person alcohol. In Florida, this is only true if the person is a minor or has a well-known alcohol problem.

Find a Lawyer Who Makes You Feel Comfortable

A civil case can be stressful, but your lawyer should be able to handle most of the details and take most of the stress away from you. The offices of Kirshner, Groff & Diaz are here to help you through this difficult time. We can contact medical providers trying to collect payments for their services. We can help you find medical providers. We can arrange for medical payments be made from what we recover in the case. We can assist with getting your vehicle repaired. In this way, a lawyer makes you feel comfortable because they handle the details of the costs of the claim and who needs to be paid.