Dram Shop Laws: The Liability of Selling Liquor in Florida

A dram is an old liquid unit of measurement. People used to be able to buy alcohol by the dram. Therefore, a dram shop is a place where you can buy alcohol. This could be a tavern, bar, or other business where alcohol is sold. 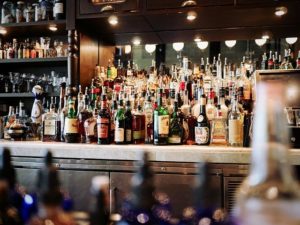 Florida Statute 768.125 represents a 1960s change to common law that previously held the consumer of alcohol to be liable for any related harm. If you drank, you were responsible for your actions following intoxication. The courts changed their opinion on liability by a small amount. The sale of alcohol was now also a proximate cause of the harm. According to dram shop law, but for the sale of the alcohol, the person would not have become intoxicated.

The dram shop law brings with it some controversy. After all, if a person chooses to drink, why should the person or establishment that sells the alcohol be liable? It’s a free country! Florida agrees somewhat with this sentiment. That is why it has a restricted dram shop law.

The exact language of Florida’s dram shop law is as follows:

In other words, Florida law does not hold establishments liable unless they are serving to minors or a known alcoholic. A known alcoholic is left up to the court’s interpretation, and the courts rarely hold “dram shops” liable.

The basis of dram shop laws is negligence. There are four elements to negligence: duty to act, breach of duty, harm, and cause of harm. 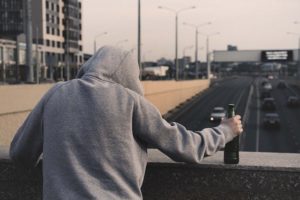 Unfortunately, many dram shop cases surround wrongful death. In this case, the business that sold the alcohol is responsible for the intoxicated person’s actions that resulted in death.

The person who died in a wrongful death case may be completely unrelated to the alcohol consumption. This is tragic, as the intoxicated person removes a completely innocent person from this world.

Secondly, the intoxicated person may die. This could be in a single-car accident, alcohol poisoning, or many other possibilities. In these cases, the guardian, spouse, or child of the deceased may sue the dram shop for damages.

Florida Statute 562.50 further elevates dram shop law by making it a criminal act to furnish alcohol to a habitual drunkard. This is only after a family member has given written notice. The criminal charge is a second degree misdemeanor.

In 1990, a man in a Tampa bar drank over 20 alcoholic beverages before driving and crashing his car in a single-car crash. His injuries included brain damage that rendered him incompetent. His legal guardian sued under dram shop laws.

The courts dismissed the case because he was an adult in a single-car crash. Additionally, the family had not notified the bar in writing of the dangers of serving the man alcohol. The law requiring written notice adds an interesting complication to dram shop laws that the courts may interpret against the plaintiff.

What to do if you have a dram shop claim? 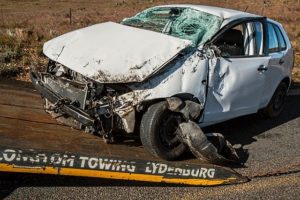 If you have been harmed or suffered the loss of a loved one due to the negligent sale of alcohol, you may have a dram shop claim. As in most civil cases, you must have evidence.

The evidence in dram shop cases is difficult. How do you prove that the place that sold the alcohol knew they were selling to a habitual drunkard? What if a minor used a false identification? These are all things to consider when gathering evidence.

Evidence may be obtained by witnesses who knew the intoxicated person had a drinking problem. A plaintiff may find photos or video surveillance that prove that the intoxicated person had a well-known problem. A bartender may claim to have seen a fake i.d. contrary to what surveillance reveals. ANYTHING that can help prove that the bar or other dram shop venue was negligent when it sold the person alcohol helps.

Hire a Lawyer for a Successful Dram Shop Suit

The burden of proof in a civil case is not as strict as it is in a criminal case, but dram shop cases are difficult. Generally speaking, the person who drank the alcohol is liable for any harm done following. That is why it is important to hire a lawyer for a successful dram shop suit.

An experienced lawyer will be able to easily access case law that is relevant to your case. He or she will also be able to collect additional evidence that you may not be able to access without a court order.

Ultimately, the lawyer you choose should be compassionate about your loss. He or she will help you through the lawsuit in a way that helps you be able to emotionally process your losses. Regardless of the outcome, a lawyer whom you trust will be able to help you resolve any residual blame after an accident.

If you’d like to speak to a personal injury lawyer for a free, no-obligation consultation about your injury, contact Kirshner, Groff, and Diaz.