When a person harms another human, whether it is physical or financial, there are often criminal charges that are punitive in nature. The courts use these punitive measures to deter future crime. However, there are some crimes for which punitive measures are not enough. Punishing criminals may deter crime, but it does not fully recompense the victim. Identity theft is one crime where the criminal courts cannot fully provide justice for the victim and society.

What is Identity Theft?

More elevated forms of identity theft could be opening a line of credit in the name of a person of whom you are the guardian. This could be a child or a disabled relative under the care of the perpetrator. It could also be as severe as impersonating a law officer, which can come with heavy punitive measures.

Unfortunately, identity theft cases can involve more than one victim. Identity theft rings include multiple people engaging in the criminal act together. With increased resources, they can collect more victims in more complicated schemes that are difficult to identify and prosecute.

Because of the elusive and complex nature of identity theft, law enforcement has a difficult time serving justice. According to a 2018 study, the courts did not reimburse 23% of victims for expenses incurred as a result of identity theft.

Many identity theft cases fly under the radar of the general public. It is a well-known threat, but identity theft cases don’t spark the interest to the media consumer without including tempestuous details or sordid personal stories. Nobody wants to have their identity stolen, but the stories are a little lackluster most of the time, and one has the potential to fall asleep reading about them unless he or she is involved. Still, there are some noteworthy cases.

According to the Federal Bureau of Investigation (FBI), the biggest identity theft case in U.S. history came from a software customer support specialist who sold customer credit reports to a Nigerian identity theft ring. Eventually, the credit company noticed the 30,000 illegal downloads of credit reports, and they started an investigation. Some victims lost thousands of dollars in fraudulent charges on falsified credit cards, and the U.S. Postal Inspection Service identified the perpetrator, Phillip Cummings. Total losses to the entire group exceeded $50 million.

So, what happened to Cummings? The courts sentenced him to 14 years in prison, and the credit card companies that issued cards to the fraudulent crime ring reimbursed the victims. Although it may be the biggest identity theft case, the story isn’t very titillating. 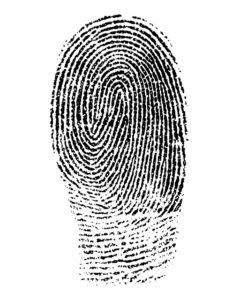 More interesting accounts are cases like the Chameleon, a man out of France who was actually called a “serial imposter.” He ended up impersonating potentially hundreds of people but made headlines when he claimed to be the missing son of an American couple. When he was found out, the justice system eventually sentenced him to six years in jail. His story is very interesting and worth a read, but his story doesn’t represent stories involving civil action in identity theft.

Recent news concerning civil suits involving identity theft includes a Macy’s data breach where victims are now filing a class action lawsuit for emotional distress, breach of privacy, and negligence. The parties will likely settle outside of court, and this reality reveals the value in filing a civil suit in addition to the criminal restitution paid.

The actual damages from identity theft can include multiple factors. People have a legal right to privacy. When a party breaches this privacy, the victim deserves compensation. This is not just because of the emotional distress. It is also because of the increased risk of identity theft from other parties.

The emotional damage is what most people can fully understand in regard to civil damages. When a person steals another’s identity, it causes a great stress on that person’s life. They may have arguments with their partner or spouse. They may lose sleep because they are worried about their financial health. These effects could grow into much more harmful effects such as divorce or health issues.

Other damages that the courts may not cover through restitution are actual monetary losses such as loss of work because of time spent attempting to preserve credit and regain lost money. Bank accounts will have to be cancelled or numbers changed, which creates a cascading chore list of updating all auto-pays. These auto-pays may take a month or two for changes to take effect, so the person must anxiously monitor bills to make sure they are paid. Thankfully, many banks will offer the service of letting money be drawn from the old account number. This helps, but it does not eliminate stress. A victim’s life feels like it is completely on hold until long after the breach or theft occurs. 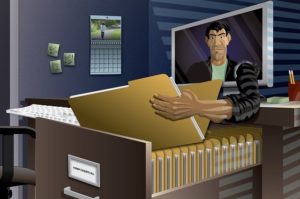 In Florida, a civil action is allowed in regard to identity theft cases. This is an important thing to know should you run into a situation where you are not fully reimbursed for your losses. This is true whether they are monetary, or non-monetary losses. You deserve to be fully compensated for the malice of others or the negligence of companies. In many cases, companies do not take proper precautions to protect your personal information. This qualifies as negligence. The courts will compensate for damages from third-party negligence in many courtrooms.

Of course, the best way to recover from losses is to prevent the loss. This is important after suffering a loss because you don’t want to repeat the experience. Signing up for credit monitoring is the best way to prevent and respond to a second attempt at identity theft. They will notify you if anyone opens an account in your name. The quicker you are able to stop the identity thief, the more likely you are to recover the money they spent.

Additionally, being careful about where and how you spend your money is important. Make sure you are only making purchases from verified and trusted websites. Don’t give out personal information to telemarketers or “people calling from the IRS.” Shred documents that contain personal information, so it doesn’t end up in the wrong hands. Basically, just be careful about who has access to your information and where you display it.

It is not possible to 100-percent protect yourself from identity theft. Even if you sign up with an identity theft protection company, you are still at risk for the emotional trauma that comes with the crime. That is why it is important to know that there are civil remedies for this type of crime. The courts may award you extra damages depending on the extent of the crime and the emotional trauma you experienced.

In order to understand your options when it comes to identity theft cases, you must speak with a lawyer. At Kirshner, Groff, and Diaz, you speak directly to a lawyer who will make sure that you are represented by legal counsel with experience in consumer protection and personal injury. In the end, the court system is meant to make things right again by compensating you for your identity theft injuries.