Can You Sue Schools for Going Online?

This spring, the coronavirus forced millions of students out of the classroom and onto the computer. Some continued learning quite well with teachers who were savvy enough to successfully transition their courses to a remote format. Others failed miserably. This left many university students without access to the quality of education they signed up for at the beginning of the term. More importantly, it left them with a different education than they PAID for. Some students are going to sue schools for going online because they have not received the education promised in return for costly tuition payments.

In a May article from WJCT News, three Florida class-action lawsuits were reported against universities. The universities involved were University of Florida and Florida International University. Students argue they should receive reimbursements for tuition paid for in-person education. One student in the lawsuit paid $7,880 for one semester. They sued schools to get at least part of that investment back.

As far as legal complaints go, the lawsuits claim breach of contract and unjust enrichment. The schools had already reimbursed for room and board.

Florida was not unique in its school closures and students around the world have initiated lawsuits. An article from Marketwatch cites over 100 lawsuits. Students are simply not satisfied with universities transitioning classes to Zoom meetings.

Difficulties the plaintiffs may face in these lawsuits are whether or not there is a contractual promise for universities to deliver class in-person. There may also be complexities introduced based on who paid tuition. What if the student was on a scholarship? Nobody knows what the courts will decide, but some argue that the cases are weak.

What Constitutes a Contract? 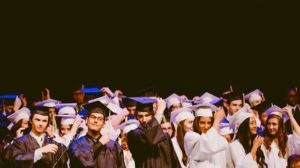 Contracts can also be implied. This happens when you go to a business and purchase something with the implication that the item or service will be as-promised. An easy place to recognize implied contracts are at restaurants. The restaurant implies that it will supply edible food, and the customer will pay for it.

Parts of a Contract

There are four official parts to a contract:

The acceptance means that the agreeing party accepts the terms of the consideration. If there is no agreement, the offer can be rejected. The other party may also counteroffer.

Lastly both parties must mutually agree on the acceptance of the offer.

Legally, some contracts must be in writing. However, many people make implied contracts with neither written, nor specific verbal agreement.

Do Students Have a Contract with Schools?

Headlines online are symbolic of screaming students frustrated by their university turned Zoom meetings. They claim that they had a contract with their universities. The college offered in-person education, the student paid tuition in acceptance of that offer, and they mutually agreed to it. Sounds like a strong argument, right?

Universities argue they are continuing to provide education, and they did not write in any contract that the education would be provided in-person. Furthermore, the intention of the transition to online classes was an honest effort to continue to educate amidst a pandemic.

In some ways, the college succeeded in limiting the impact of the virus. Students could still obtain the credits needed to continue their path toward their chosen career. There would be no postponing of graduation.

Do students have a contract with universities? The answer will depend on what the courts decide. This is an unprecedented situation. The courts have never dealt with it, and it is unclear whether students’ education suffered because of the transition to online courses.

One of the strongest arguments for getting a full or partial refund of tuition will be proving that the education received from the transition to online education was subpar. Many universities already offer online classes, and students receive the same credits they would if attending in-person class.

Much of the negative opinion of online courses comes from online, for-profit colleges that accept nearly all students and deliver degrees that are sometimes considered meaningless. There is no asterisk next to an online credit received, and students pay the same price for this education in many cases.

The better argument for subpar education might be the haste with which the transition occurred. Unless teachers had already taught online courses, many were not equipped to teach online courses. This resulted in haphazard Zoom meetings with apologies from instructors.

The other argument made by lawyers in at least one of the lawsuits is unjust enrichment. This means that one party in the contractual agreement benefited at the expense of the other party.

In an unjust enrichment argument, students would argue the universities unfairly accepted full tuition. In return, they provided a different product than what students expected. They unilaterally changed the agreement without students’ agreement. They benefited more than the student because they were not negatively impacted, but the student was.

Can You Sue Schools for Going Online?

The courts will have to decide whether or not you should sue schools for not providing education promised to students. It is easy to argue that they should, but that does create quite the mess.

Not only will university’s struggle to pay back tuition, but they will have to answer questions about who to pay. Do you monetize scholarships and pay tuition back to those who didn’t have to pay for their education in the first place? Do you refund students when their parents paid?

On the other hand, do you allow students to be on the hook for an education they did not want? The decision to go online was a unilateral change in the contract. While students suffered, the university did not.

Future Schooling May Be Online

The classrooms of the future may be online whenever possible, so online education will have to meet certain standards. However, nobody was prepared for the schools’ quick change to remote learning. Students feel jipped out of the in-person education they thought they would receive. Should universities suffer when they try to continue to deliver what was promised?

The answers to these questions are complicated. The courts will have to determine the correct way to handle this situation. The class-action lawsuits are not a surprise, and they will continue.

If you are looking for a personal injury lawyer, contact Kirshner, Groff, and Diaz. You’ll speak to an actual lawyer right away for a free, no-obligation consultation about your potential case.