10 Things Not to Do On a Motorcycle Group Ride

Going on your first motorcycle group ride is an exciting event. A new rider is likely to overplan but also to experience some anxiety about fitting in with experienced riders. Most experienced riders will tell you not to worry. They’ve all been in your shoes at one point. Most of the time, you’ll naturally either fit in with the group…or not. It’s just like any friendship. Some fall right into place, and some were never meant to be. Still, there are some things you should not do on a motorcycle group ride. 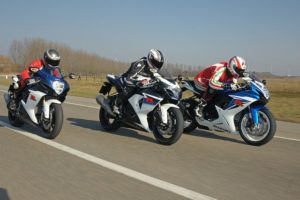 The first thing you should never do is try to keep up. Many group rides are filled with risk takers who like the thrill of speeding down highways or seeing how sharp they can take corners. You should never do this no matter what your skill level is, but especially not as a new rider.

How do you do this and still maintain a “group ride?” Easy. Ride at your own pace until the next intersection or next break. If you have a good motorcycle group, they’ll understand and slow down the pace. If they give you a hard time, then it is best that you take a solo trip home and find a different group. It is unlikely that they won’t simply slow it down. It tells you a lot about the group on the rare circumstance that this would happen.

Riding in formation isn’t especially difficult if you do it correctly, but it does require some riding skill. This is uncertain on someone else’s bike. If your bike breaks down before a group ride, take it as a sign that you weren’t meant to go on this excursion. Borrowing a bike at the last minute can lead to unexpected riding movements as you learn the quirks of this bike compared to your own. Simple things like tire wear and steering bearings can really change a ride. If nothing else, it adds stress to a ride that is supposed to be fun and relaxing.

Stare at Rider in Front of You 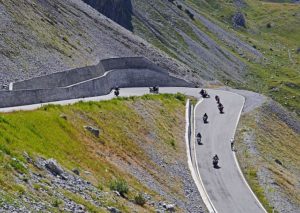 When people go on a group ride, they have a tendency to forget to look ahead and scan the road ahead for hazards. Instead, they look at the rider that is in front of them. Whatever mistakes he or she makes are replicated. This is often how entire group rides end up involved in one accident. Of course, the rider in front of you is not invisible. However, you should still be constantly looking ahead to avoid road hazards and potential accidents.

There is a formation recommended for a motorcycle group ride, and it is not side-by-side. Instead, it is staggered and spaced in a way that allows for each rider to use the complete width of the lane. Formations allow that close feel of a motorcycle pack or gang. They also increase visibility for the group. However, side-by-side riding is rarely recommended because it limits the space a rider has to veer out of the way of obstacles.

Show Off on a Motorcycle Group Ride

It is common to want to show off in front of friends or peers, but don’t do it on a motorcycle. There are tracks and trails to do tricks and speed. Keep it safe on the road.

If you must show off, do it with new gear. Get new handlebars or foot pegs. Invest in top-notch saddlebags. Buy a new bike! All of these things are show-off worthy without compromising safety. When you are showing off unsafe riding practices, all you are doing is increasing your chance of harming yourself or others.

Another thing not to do on a motorcycle group ride that has to do with showing off is neglecting safety gear. Wearing a stylish helmet instead of one designed for safety is awesome unless you need that helmet to protect your head. Ditching the riding jacket or pants for street clothes could be a lesson learned in road rash. Boots and gloves are the same story. If someone you are riding with mentions that all you need now is some bubble wrap, take it as a compliment. Also, know that you are not sacrificing your body to the pavement should anything go wrong.

Stay on a Dangerous Ride

It is difficult to quit a ride in which you don’t feel comfortable. It’s awkward, and there’s probably going to be some negative words from group members. However, it is your job to take care of yourself. If you don’t feel safe on a ride, voice your concerns. If your voiced concerns don’t cause the group to ride safer, go home. The worst thing you can do when a ride turns dangerous is stay on it. Who knows? You may have a couple other people go with you who were unafraid to quit prior to you taking action.

Invite Too Many People on Motorcycle Group Ride

Group rides are not motorcycle rallies. The more people you include, the more room there is for error. It’s like playing a game of telephone. The messages get messed up the more people interact with the message. Pretty soon, there’s confusion about where the riding breaks will take place and maybe even the destination. There’s also less of a chance of group cohesion. The more people you mix together, the less likely they are to all get along. Nothing spoils a group ride like incompatibility.

It’s known that people shouldn’t drink and drive, but there is a legal limit. In Florida, you can drive with a blood alcohol content (BAC) of 0.8%. That doesn’t mean that you should drink and drive when you are on a motorcycle group ride even if you limit it to that. The reality is that many group rides end up being short trips along bars with a beer at every stop. This may sound fun, but you aren’t likely to keep your BAC to a legal level after two or three stops. The best way to remain sober is to keep alcohol off the menu. Meet up for beers after the ride. There’s no reason to risk harming yourself or others, not to mention you could get a DUI. 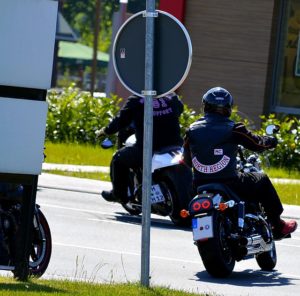 The last thing you should not do when you are on a motorcycle group ride is block traffic. Sometimes, the group will have to be broken up due to traffic signals or left-handed turns across traffic lines. Don’t risk trying to maintain the group, or you could end up in an accident.

Additionally, don’t block parking lots. Riding in a group doesn’t mean you don’t have to share the road. Try to park together for security purposes, but do it efficiently and get off the driving lane of the lot. Passenger vehicles should be expected to do the same.

A Motorcycle Group Ride is Fun, But Stay Safe

Riding in any motor vehicle is a risk, and motorcycle group rides have their own, unique challenges. If you or someone you know has been injured in a motorcycle accident, contact the Law Offices of Kirshner, Groff, and Diaz for a consultation.